A Grave in the Cotswolds by Rebecca Tope 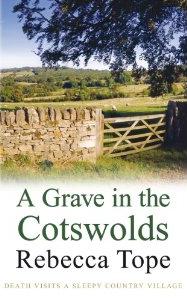 
This is, I think, the fifth book in the series featuring Thea Osborne and her spaniel Hepzie, so I was a might thrown when the book opens with a first person narrative from an undertaker on his way to the Cotswolds to carry out the last wishes of his client Greta Simmonds, to bury her in a field close to her home. The undertaker, Drew Slocombe arranges alternative funerals for those wanting a green experience, ie the coffin is cardboard - willow if you can afford it. The funeral although sparsely attended goes off without a hitch and Drew drives back to his home in .

But the following day the police contact Drew as a complaint has been lodged by the council regarding the validity of a funeral in a field which they say was not owned by Greta Simmonds. They insist that Drew returns to Broad Camden to sort the matter out. Of course it's not as simple as that, and Drew's problems begin to multiply, not least the costs associated with driving back and forth between the Cotswolds and . Drew's finances are precariously balanced and a need for new tyres plus journeys at his own cost could upset that delicate balance.

When a body turns up, not that of Greta Simmonds I hasten to add, poor Drew is firmly in the frame. Luckily the person currently house sitting in Greta Simmonds house is Thea Osborne and she befriends Drew, goodness knows he needs a friend, as his life starts to spiral out of control.

The is rife with busybodies, family intrigue and mystery. Yes, I loved it. The best mysteries are those that have the reader on the edge of the chair eager to uncover the secrets that families hide.

Since reading this book I have discovered that an earlier series written by Rebecca Tope featured Drew Slocombe and that she has brought her two protagonists together. One thing is clear and that is that I must now read the earlier books as Drew's wife Karen has problems that clearly result from traumatic injury that isn't your everyday, oops, I fell and hurt myself.

This is the classic village mystery, packed with suspects, secrets and intrigue, and also pain and sadness, but that's all part of life and that's what we have here - all life, real and fascinating. Highly recommended.
-----
Reviewewr: Lizzie Hayes 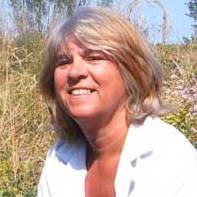