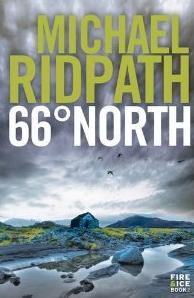 Published by Corvus,
12 May 2011.
ISBN: 978-1-84887-400-8
In January 2009 is a troubled country, with many lives ruined following the Kreppa (financial crisis).  Many people have marched to the square to stand outside the Parliament building in to protest. Among then is Harpa, who has lost her job in the bank and can no longer pay her mortgage, her brother also can no longer make the payments on his farm, and her father who should be enjoying his retirement has lost all his savings.  But these and similar stories are all around as the angry Icelanders beat drums, saucepans and any kitchen utensils they can get their hands on.  Among such a mêlée Harpa meets a fisherman Bjorn, Sindri Palsson, a writer, and along with some others they vent their anger at the bankers whose greed has created this situation calling for something to be done.  But in the main the demonstration although noisy  is relatively peaceful. The government are relieved that it wasn't worse, no deaths reported, just the suicide of a banker Gabriel Orn.
Sergeant Detective Magnus Jonson of the Boston Police Department is on secondment to following his involvement as a witness in a police corruption scandal in . Magnus is Icelandic born but has lived in the since he was twelve. When the National Police Commissioner of became concerned about big-city crime reaching he had requested an American Police Detective who had practical experience and spoke Icelandic to give teaching course at the on crime in the .  Magnus was the natural choice.
The murder in of the Icelandic banker Oskar Gunnarsson brings Magnus back to hands-on police work. Although quite enjoying his teaching he is a detective at heart. Inspector Baldur Jakobsson head of the Violent Crimes Unit is keen to ensure that there is no Icelandic connection, as he does not want linked to terrorists, but when Magnus looks into the background of Oskar Gunnarsson he learns that he worked at the same bank as Gabriel Orn, indeed he was his boss. Magnus is uneasy with such a coincidence and starts to dig deeper, which puts him in communication with Detective Sergeant Piper of the British police.
As Magnus investigates the possible connection between the two deaths, he comes into contact with an estranged family member, and encouraged by his girlfriend Ingileif he arranges a meeting in the hope of laying to rest some of the traumas in his family's past.   But his meeting only raises more questions - which unbeknown to him reach back to events in 1934, when two young boys stumbled on a secret whilst acting out one of the Icelandic historic Saga's.
As with the first book in this series `Where the Shadows Lie' I learnt much about , its culture and in particular the historic Saga's.
The two investigations, one international and one personal run concurrently, and both are absorbing. The story is one of anger, helplessness, fear, and in some respects everyone's greed.  As more people in influential positions are murdered Magnus continues to pursue his line of investigation which is not in-line with his superiors. The `whodunit' aspect kept me enthralled to the end. And the final sentence has me leaping up and down for the next book.
-----
Reviewer: Lizzie Hayes

Michael Ridpath was born in Devon in 1961 but brought up in Yorkshire. He was educated at Millfield, Merton College, Oxford. Before becoming a writer, Michael Ridpath used to work in the City of London as a bond trader.  He has written eight thrillers set in the worlds of business and finance. In 2010 he published the Where The Shadows Lie, the first in the Fire and Ice series featuring an Icelandic detective named Magnus Jonson. He has published four further books in the series.  In between the writing the series he has published three standalone novels the most recent being Amnesia in 2017. He lives in London.