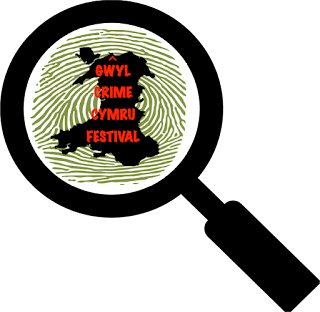 From 26th April to 3rd May 2021 fans of crime fiction around the world will be able to join international
bestselling crime authors online, at no cost, thanks to the inaugural
Gŵyl CRIME CYMRU Festival.

Lee and Andrew Child, Yrsa Sigurđardottir and Ragnar Jonasson, Peter James, Elly Griffiths, Abir Mukherjee, Vaseem Khan, and Martin Edwards – amongst others – will discuss their work alongside Welsh crime writers who might not be as well-known, but are playing their part in bringing Welsh crime writing to the fore. There’ll also be a panel focusing on the great success Welsh crime fiction is enjoying on the small screen, featuring the team that created the globally popular Keeping Faith TV series.

Fans will have a chance to view live panels and interviews, as well as catching up with recorded sessions later on. A full schedule is posted at the festival’s website at www.gwylcrimecymrufestival.co.uk where those who wish to ‘attend’ can do so by signing up for individual sessions, at no cost to them.

‘It’s so exciting to be bringing Wales its first official crime fiction festival; there’s going to be something for
everyone,’ says Alis Hawkins, one of Crime Cymru’s founder members and chair of the festival organising group.

‘It seems that crime fiction set in Wales is simply not as well known as its UK counterparts or Scandinavian neighbours, despite the fact that Wales is home to award-winning and bestselling authors like Clare Mackintosh, Belinda Bauer, and Amy Lloyd, who are sparking an appreciation of Wales-set crime and thrillers,’ says Matt Johnson, another member of the festival’s organising committee.

Next year, Aberystwyth will host the inaugural in-person
Gŵyl CRIME CYMRU Festival.
which will run from 29th April 2022.