‘Run for Cover’ by Michael Ledwidge 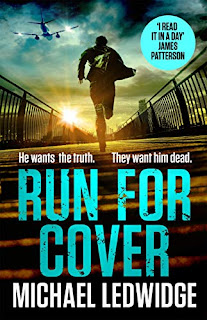 Michael Gannon and his son, Declan, are staying in a camper van at the Utah ranch of a friend, John Barber.  Having attracted the attention of government intelligence agents, Gannon is aiming to lie low for a while.  However, when John’s brother Owen (a National Park Ranger) is found with 2 FBI agents, all shot dead in the mountains, he has to become involved.  A third FBI agent, Kit Hagen, has been injured in the attack and owes her life to Owen, so, as she recovers, she and Gannon work together to find out what is going on.  It becomes clear that the murderous attack was not random, but rather a carefully organised ambush.  Following the clues leads Gannon and Hagen to the edge of a conspiracy nestled deep in the highest levels of the US government.

This is a tense story from the outset –the action is pretty much non-stop and frequently violent.  The lead-in to the opening murders, Kit’s escape, and the gradual build-up of evidence maintain the pace and urgency.  The teasing out of the various strands of the story hold the interest and the final chapters do not fail to surprise.  This is the second in the Gannon series, but it is not necessary to have read the first book.  Fans of James Pattison and Lee Child will enjoy this and new readers may well find themselves caught up in the plot’s twists and turns.
------
Reviewer: Jo Hesslewood
Other books by this author:  The Narrowback, Stop at Nothing (the first in this series).  He has also
co-authored a number of books with James Patterson. 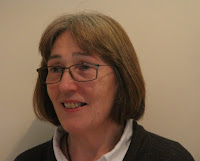 Jo Hesslewood.  Crime fiction has been my favourite reading material since as a teenager I first spotted Agatha Christie on the library bookshelves.  For twenty-five years the commute to and from London provided plenty of reading time.  I am fortunate to live in Cambridge, where my local crime fiction book club, Crimecrackers, meets at Heffers Bookshop .  I enjoy attending crime fiction events and currently organise events for the Margery Allingham Society.
Posted by Lizzie at 13:49