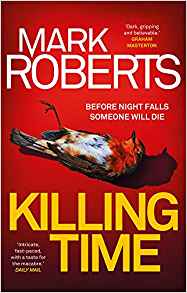 A young girl, a Czech Romany with learning difficulties called Marta Ondrej, has been reported missing by her mother. When the search for her is unsuccessful the worst is feared. But then there is a call to say that she has been found in a Liverpool park. Immediately Detective Chief Inspector Eve Clay and her colleague Detective Sergeant Gina Riley drive to the park where they find the girl, half-starved, dehydrated, dressed only in pyjamas despite the icy weather. There is no sign of the woman who had called in to report finding the girl but she had left her name – Lucy Bell, unknown to the police. Marta speaks practically no English and, despite the presence of a translator, is so traumatised that she cannot tell the police about what has happened to her or where she has been. Then another call comes in: two Polish men, the brothers Karl and Vaclav Adamczak, have been found dead in a flat which has been set on fire and there is some sort of mystical symbol drawn on the wall and the words ‘Killing time’ is here embrace it’. Because it is a double murder Eve has to give this crime priority over the abduction of Marta, but forensic investigation shows that there are evidential links between both crimes and that there is in all probability an extremist racial element. But the men’s landlord insists that they were good men and devout Catholics, and their friend and fellow-lodger Aneta Kosova confirms this very strongly as does the priest, Father Aaron Bell, at the Catholic church where they worshipped. Coincidentally Father Bell’s daughter is the Lucy Bell who had phoned in her discovery of Marta; she is autistic which explains her failure to stay with Marta until the police came. Parallel with the investigations into the murder of the Adamczak brothers and the kidnapping of Marta Ondrej are the narratives of two brothers, the seriously psychologically disturbed ill Raymond Dart and his mentally more coherent older brother Jack.

Not so much a whodunit, but a thriller, with some gruesome elements. Nonetheless, the story is deeply gripping, and I found it impossible to stop reading until I had got to the end. This is due to the author’s skilful writing and the way in which he weaves together a number of narratives from the point of view of many of the characters involved in the story while simultaneously ratcheting up the tension towards what is virtually a doomsday denouement. Recommended.
------
Revewer: Radmila May 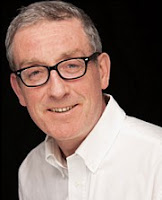