‘An Easy Death’ by Charlaine Harris

I’m a sucker for a strong female protagonist. Always have been. So, I am predisposed to be happy about another Charlaine Harris novel with a kick-ass woman at the centre of it. An Easy Death is exactly that. Lizbeth “Gunnie” Rose doesn’t mess around; her job is to protect the people who hire her and get them where they are going, no matter what the personal cost. Sometimes it’s pretty high. Her friends, who also happen to be her cohorts, tend to die.

Gunnie is hired by two grigoris, Russian witches, to track down a man, also a witch. They don’t know that Gunnie killed the grigori they originally set out to find, a secret she is not inclined to share for a number of reasons. The money they offer her to find his brother is enough to make her put aside her dislike for the magicians. In the process of tracking down this guy, Gunnie and her employers are attacked numerous times, by all kinds of people, for seemingly unrelated reasons. It can’t be that easy or that simple. Charlaine Harris doesn’t write simple or uncomplicated.

She does write interesting characters. Gunnie is a stand-up person, almost the epitome of the classic noir detective. She has a code by which she lives; her reputation depends on it. One expects that quality in a main character. What may be surprising is the secondary characters and their ability to be present when they are needed while continuing their lives all the while Gunnie is out living hers. It wouldn’t be difficult to see some of them as primary characters in another novel in this series (should it become a series).

The setting is part of the novel, of course. Gunnie spends a lot of time, not always voluntarily, in the desert of what, in her world, is Texoma.  It’s no country for sissies, or wimps. Gunnie is neither. Her skills have been learned, and earned, the hard way; they get her through places most people wouldn’t survive.

There are parts of An Easy Death that stretch one’s “willing suspension of belief”; they are few and far between. Harris’s skills as a story teller make it easy for a reader to let some low-grade questions of “is this really probable, much less possible?” slide. The story, as only Charlaine Harris can tell it, makes it possible. Hang on and ride this one out - it’s worth it.
------
Reviewer:  P.J. Coldren 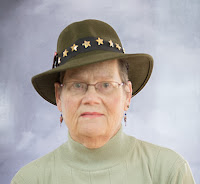