‘After He Died’ by Michael J Malone 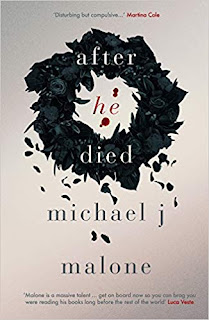 This dark domestic noir thriller explores the idea that the people closest to us can hide dark secrets and are not necessarily who we think they are.

Paula Gadd lives a luxurious lifestyle in Glasgow until her husband of almost thirty years dies suddenly. Thomas was a successful business man but at the funeral a young woman, Cara, slips a note into Paula’s pocket suggesting that her husband was not all that he seemed. The death of her husband so close to the anniversary of the death of their only son doubles the anguish Paula feels. Cara, on the opposite side of the social scale, has her own grief to deal with after the recent death of her brother. When the two women meet up they realise their stories are entwined. They begin to explore who Thomas really was and as a result become embroiled in a dangerous cat and mouse game.

The two main characters are very credible and likeable. As the book progresses Paula goes through the various stages of grief and the reader empathises with her pain without being depressed. Michael J Malone has portrayed this beautifully and managed to get the balance just right between a wife struggling with a sudden death and a strong character who needs to know what the hell is going on, who she was married to for all these years and whether her entire life is a lie. 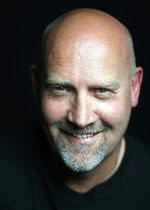 Michael J Malone was born and brought up in the heart of Burns' country, just a stone's throw from the great man's cottage in Ayr. Well, a stone thrown by a catapult, maybe. He has published over 200 poems in literary magazines throughout the UK, including New Writing Scotland, Poetry Scotland and Markings. Blood Tears, his debut novel won the Pitlochry Prize (judge:Alex Gray) from the Scottish Association of Writers and when it was published he added a "J" to his name to differentiate it from the work of his talented U.S. namesake. He can be found on twitter - @michaelJmalone1

Christine Hammacott lives near Southampton and runs her own design consultancy. She started her career working in publishing as a book designer and now creates covers for indie-authors. She writes page-turning fiction that deals with the psychological effects of crime. Her debut novel The Taste of Ash was published in 2015.
To read a review of A Taste of Ash Click on the title
website: www.christinehammacott.com
twitter: /ChrisHammacott
Facebook: /christinehammacott.author