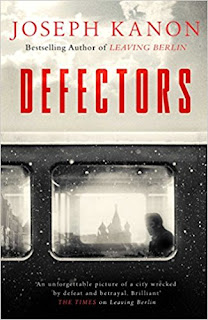 The stresses and strains of fraternal relationships have always been a fertile source for fiction and, in this book, Frank and Simon Weekes are the brothers under the spotlight.  In the 1950’s Frank, a CIA agent, defected to Russia with his wife and son.  He leaves behind brother Simon, then a State Department employee, to wonder why and to cope with the fallout.  It’s now 1961 and Simon, who has become a publisher in the intervening years, is in Moscow responding to a request from Frank about the possibility of publishing his memoirs.  Unlikely though it is that the book will ever be published, Simon can’t forgo the possibility of finally finding out why his brother betrayed his country.  He quickly discovers that it is not going to be that simple, and in a short time finds out more about himself and his brother than he might have anticipated.

The lives of the small international group of defectors (Guy Burgess inevitably makes an appearance), the remains of old relationships, the unending sadness of loss, all contribute to a tense feeling of claustrophobic anxiety.  It’s an atmospheric and deftly-written book, which should please existing fans and attract new readers.
------
Reviewer:  Jo Hesslewood
Other books by the author:  Leaving Berlin, Istanbul Passage, Stardust, Alibi, The Prodigal Spy, Los Alamos, The Good German 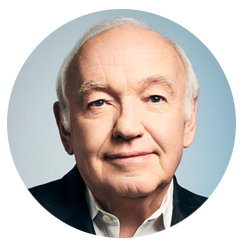 Joseph Kanon is the internationally bestselling author of eight novels, which have been published in twenty-four languages: Los Alamos, which won the Edgar Award for best first novel; The Good German, which was made into a film starring George Clooney and Cate Blanchett; The Prodigal Spy, Alibi, which earned Kanon the Hammett Award of the International Association of Crime Writers; Istanbul Passage, and Leaving Berlin. He is also a recipient of The Anne Frank Human Writers Award for his writings on the aftermath of the Holocaust. Before becoming a full-time writer, he was a book publishing executive. He lives in New York City with his wife, literary agent Robin Straus. They have two sons. 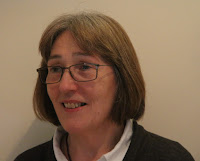