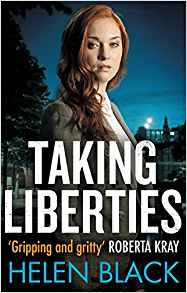 You need to engage with Helen Black.  Stand up to her writing style and let it work on you.  She writes about what she knows.  From her experience as a committed advocate for young people in the care system

In Taking Liberties she introduces Liberty Chapman, safe and secure in the belief that she has “made it”. She has a developing legal career, a Porsche and a house in Hampstead.  Light years away from a dislocating and dangerous childhood, ruled over by a moody, violent, drunk of a father.

But the past is never consigned to history.  And liberty is sent back to Leeds by the boss of her firm, to get the son of an important client off an assault charge.  Where she falls back into the menacing bosom of her family of siblings, all grown up – except perhaps for one-time baby brother Frankie – and as tough as they come.  The kids she had tried her best to protect from her father’s rage, have “made it” too.  To the top of their heap, owners of a lap dancing club, running a flourishing drugs business and loaded with ambition.

But what follows isn’t a walk in the park for any of them.  What Liberty intends as a 48 hour visit to her client and a swift drive back home, morphs into how it used to be.  She is dragged deep into trouble and finds herself, once again, fighting for her family.

Black weaves the novel’s back story – the family childhood, the kids bouncing between foster families and care homes – into the upfront narrative which has prospects just as bleak, with some skill.  And gradually, against the odds, you begin to empathise with the leading characters.  Liberty and her siblings are who and what they are, there seems to be nothing they can change and there’s probably no redemption further down the line.

As the narrative lead switches – sometimes for moments only – Black lets her characters speak for themselves, doesn’t impose an author’s voice, gives them free reign.  She doesn’t make any concessions either, or take any prisoners.  Her prose is tough, lean and smack in your face.

Let’s hope we get to read more of Liberty Chapman.
-------
Reviewer: Jeff Dowson

Helen Black grew up among a large extended family in Pontefract, a small town in West Yorkshire. At 18 she went to Hull University where she went to gigs and drank a lot of lager. Three years later she left with holes in her Doc Martins, a tattoo on her shoulder and a degree in law. She trained as a commercial lawyer in the City but knew it wasn't right for her.  So, she swapped the views of St Paul's for a tiny office in Peckham, South London. Helen soon had a loyal following of teenagers needing legal advice and bus fares. From there she worked in most of London's beauty spots - Brixton, Deptford, Bethnal Green - eventually ending up in Luton working predominantly for children going through the care system.  The most frequently asked question about Helen's work is what she would do if she knew one of her clients was guilty. Would she still represent them? From there came her idea for Damaged Goods. What would a solicitor do if she suspected a child she represented was guilty of a brutal murder? Damaged Goods was bought by HarperColins in the UK and S.Fischer Verlage in Germany.  Helen is married to a long-suffering lawyer who lives in the hope that one day he will have an ironed shirt. She has young twins who rule the household in a manner reminiscent of the Stalinist regime. 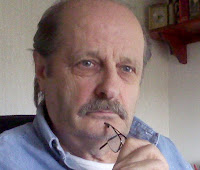