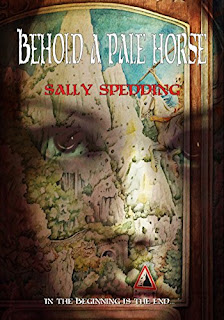 Sally Spedding’s novel opens with the birth of Girard Corbichon in thirteenth century Normandy. The First Crusade is drawing to a close, but militant Christians still preach against Jewish and Muslim believers as well as those whose lifestyles are deemed to defile Old Testament laws.  Girard is born with albinism, and this is enough to convince his superstitious father that the boy represents the curse of a vengeful God; wife and son are abandoned and forced to move nearly three hundred kilometres north to seek comfort with relatives in Froissy.

A few years later, in Pembrokeshire, another boy, Mordiern Guyon, is delivered to parents who delight in their newborn child.  Mordiern’s proud father, a devoted crusader soon to travel to Constantinople, dedicates his son to follow in his footsteps and become a knight when he has reached manhood.  The vow will bring Mordiern and Girard together as brothers of the Order of the Temple, a relationship that will inspire Mordien to compose exquisite songs but that will also have harrowing consequences for the men and their families.

In a parallel narrative set in London just over 700 years later, The Early Music Balladeers are practicing a melancholic song attributed to Mordiern.  The beauty and pathos of the work allows senior chorister, Catherine Ash, some merciful respite from a violent and abusive marriage.  Clement, her narcissistic husband, works as an estate agent in London’s now trendy Docklands.  When Catherine arrives home, he informs her that he is to run the firm’s office in the south of France.  The couple relocate and find themselves living in a ramshackle apartment, rented from the unpleasant Madame Rosa Tavernier.  Clement’s work at his new office, Maisons du Soleil, is all-consuming, and leaves Catherine isolated, disoriented and vulnerable, with only uncanny dream-visions of Mordiern and his wistful ballads for company.  When she meets Madame Tavernier’s elderly brother Leon she is intrigued by the eccentric old gardener.  The mysterious Taverniers, however, are guarding grim secrets from the past, and the dysfunctional English couple find themselves unwittingly drawn into deep and murky waters under the warm French sun.

Sally Spedding’s carefully constructed novel successfully straddles time and space.  The mood becomes increasingly chilling as the two narratives relentlessly swirl together and create a turbulent gothic vortex into which the protagonists are irresistibly pulled.  The book explores the fragility of love and humanity as medieval Europe’s apocalyptic mindset gallops into the twentieth century with brutal and destructive consequences.  Having previously read Spedding’s The Yellowhammer’s Cradle I expected Behold A Pale Horse to be a thought-provoking journey into the macabre.  I was not disappointed and this book will appeal to readers who, like me, enjoy haunting thrillers in dystopian settings.
------
Reviewer: Dorothy Marshall-Gent 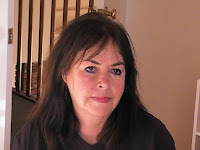 Sally Spedding was born by the sea near Porthcawl in Wales and trained in sculpture in Manchester and at St Martin's, London. My work was detailed, accurate and in demand, but I began to realise words can deliver so much more than any narrative sculpture or painting. Sally’s first crime mystery, Wringland, has a strong historical thread and is set in the bleak fenland around Sutton Bridge. Cloven also invokes the past while in A Night With No Stars, published in January 2005, it's a fourteen year old murder which destabilises the present. Prey Silence, set in SW France, featuring an animal rights activist, was published in July 2006. Come and be Killed, set in the Malvern Hills, came out in January 2007. Her strong familial connections with the Pyrenees, Germany and Holland have provided her with themes of loss and exclusion. The dark side of people, and landscape. The deceptive exterior, the snake in the grass are all themes which recur in her writing. Sally is married to the painter, Jeffrey Spedding.