Tonight saw the launch in the London of 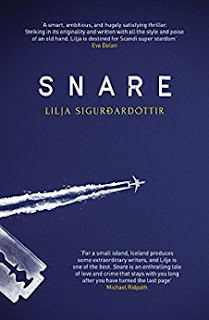 We were welcomed by the Ambassador Thordur Aegir Oakarsson, (see centre in photo below), who revealed that Lilja's father had been his principal and taught him English. A very good teacher by all accounts and the Ambassador's English was superb. 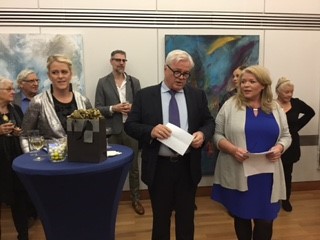 The amazing Karen of Orenda books, see to the left of the Ambassador in the above photo, told us a little about Snare.
Attractive young mother Sonia is struggling to provide for herself and keep custody of her son. With her back to the wall, she resorts to smuggling cocaine into Iceland, and finds herself caught up in a ruthless criminal world. As she desperately looks for a way out of trouble, she must pit her wits against her nemesis, Bragi, a customs officer, whose years of experience frustrate her new and evermore daring strategies. Things become even more complicated when Sonia embarks on a relationship with a woman, Agla. Once a high-level bank executive, Agla is currently being prosecuted in the aftermath of the Icelandic financial crash. Set in a Reykjavík still covered in the dust of the Eyjafjallajökull volcanic eruption, and with a dark, fast-paced and chilling plot and intriguing characters, Snare is an outstandingly original and sexy Nordic crime thriller, from one of the most exciting new names in crime fiction. 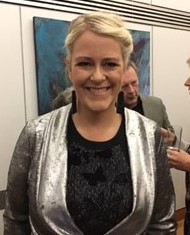 Lilja thanked the many people who had made a contribution to the book, her editor, and Quentin Bates who translated the book into English, see photo below. Quentin has also himself written several books set in iceland. 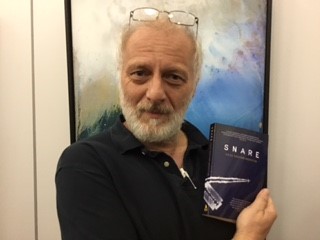 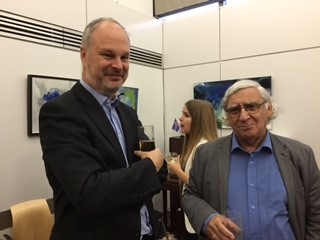 There were many familiar faces enjoying the canapes which were exceptionally good.  I was driving later and therefore couldn't drink but if the wine was the quality of the canapes it must have been good. 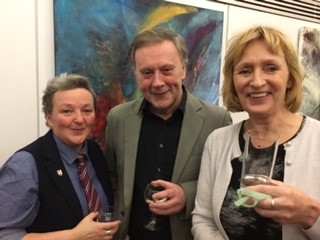 Barry Forshaw, withJacky Collins, Newcastle Noir, on the left and and Karen Robinson, Sunday Times Crime Club, on the right. 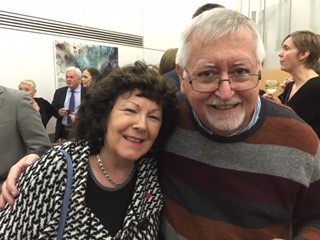