‘The Dark Room’ by Jonathan Moore 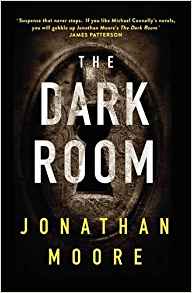 The Dark Room opens in El Carmelo Cemetery, California.  Inspector Gavin Cain and his new partner, Buddy Grassley, are overseeing the exhumation of Christopher Hanley, a young boy who was buried thirty years previously.  It is the middle of the night, the grave has been excavated and the medical examiner has arrived, but, as the lifting straps are being fastened to the coffin, Grassley’s phone rings and Cain is informed by his boss, Lieutenant Nagata, that he is being reassigned to another enquiry.  Cain is furious at the interruption and perplexed by the lieutenant’s call - what could be so urgent that a helicopter has been requisitioned to fly him to back to San Francisco?  Of course, he must comply.

Back in the city, Cain is escorted to the office of Mayor Harry Castelli.  The mayor has a problem, and Cain’s expertise and seniority are required to deal with the issue sensitively, but when it transpires that the FBI has also been called in, the inspector’s anger gives way to disquiet.  Thus begins a fast moving and increasingly complex investigation that will lead Cain and FBI agent, Karen Fischer, to places they would rather not go.

Jonathan Moore’s novel employs the gritty, economical style of hard-boiled detective fiction.  The third person narrative voice recounts Cain’s movements and, occasionally, his thoughts.  Characters are presented from Cain’s perspective with the sharp, cynicism of a work-weary but dedicated cop; officers and agents on the ground are generally uncompromising and honest, pen pushers and establishment figures are often revealed to be incompetent or corrupt.  Relationships, professional and personal, increase tension within the narrative as Cain tries to work out who he can rely on.  Agent Fischer appears to be every bit as professional as Cain, but she is not a member of his team and he wonders whether he can trust her?  Similarly, Cain doubts the integrity of Lieutenant Nagata - she owes her appointment to Castelli and her judgement in a case that involves him might be flawed.

The Dark Room explores uncomfortable themes of abuse and exploitation and includes accounts of horrific and morbid crimes. The novel, moreover, contains gothic tropes that conjure macabre and chilling imagery and speak to our deepest fears.  When Cain’s team find that they are being hunted by the very criminals they have been pursuing, terror takes centre stage and the thriller accelerates towards a startling conclusion.  For those who enjoy fright-night fiction this book is a winner, I could not put it down.

Jonathan Moore is an attorney with the Honolulu firm of Kobayashi, Sugita & Goda. Before completing law school in New Orleans, he was an English teacher, the owner of Taiwan’s first Mexican restaurant, and an investigator for a criminal defense attorney in Washington D.C. He is the author of two previous novels. He lives with his wife in Hawaii