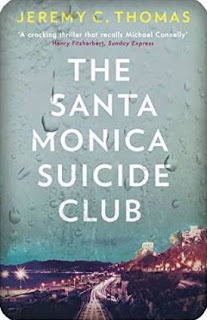 Mandy is a private detective and the owner of Endeavor Investigations, based in Santa Monica.  The business is, however, going to the wall, and life in general is not looking good.  He has money worries, a cat, a stressful relationship with his tenant and no social life.  So, when he gets a phone call from a friendly contact in the Santa Monica Police Department suggesting that he should look at a murder scene on Ocean Avenue, he can’t help but be interested.  The victim is Pedro Garcia-Marquez, a member of an extremely wealthy family, which has asked that the matter be dealt with by its own investigator.  The story is that they do not want the local police department to be involved and just one of the questions Mandy has to consider is why the police chief (with little time for his ex-employee) has suggested him and, moreover, agreed to give him a head start in the investigation.

The crime scene is not pretty and it gets worse when Mandy discovers something that the first officers on the scene had missed.  As he tries to unravel the mystery of the death, he moves from the original murder into a world of corrupt policemen, dodgy coroners and a tropical fish business that is not exactly what it seems to be.

This is the author’s first novel and it’s quite a hefty tome so the Golden Age touch of a three-page list of dramatis personae and a map of Mandyland may prove helpful!   The story unfolds at a good pace with enough twists and turns to keep the reader’s attention.  Will Mandy return?
------
Reviewer:  Jo Hesslewood 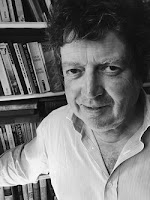 Jeremy Thomas is a successful fiction and non-fiction writer and passionate fan of crime fiction, crime non-fiction and noir films. The Santa Monica Suicide Club is his first crime novel. In 1998 Jeremy became a full time writer and after long spells living in Greece, LA and Vancouver. Since 2004 he has divided his time between West London and the Greek island of Patmos.  Jeremy's previous books are Taking Leave (Radio 5 Book of the Month) and You Don't Have To Be Famous To Have Manic Depression: An A-Z Guide to Good Mental Health. He also co-produced Emmy Award winning documentary Stephen Fry: The Secret Life of the Manic Depressive