‘The Half-Truth’ by Sue Fortin 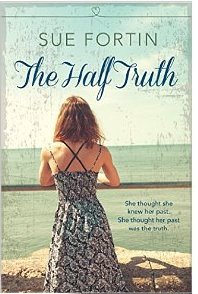 Five years ago Tina Bolotnikov, newly married to her Russian husband Sasha, expecting a baby, and running a delicatessen in London, had been happy. But then Sasha is unexpectedly called back to Russia by his family and while there is killed in a car crash before the baby is born. Devastated by his death but resolved to do her best for her little son Dmitri, Tina relocates to her hometown on the south coast and supported by her parents finds work as a waitress in a restaurant. But she becomes aware that she is being watched. In fact, the watcher is Detective Sergeant John Nightingale and he is on the lookout for Sasha’s brother Pavel who is involved in serious organised crime and has just arrived back in the U.K. John’s task is to watch Tina to see if Pavel contacts her. When John himself contacts Tina, she is not altogether surprised at Pavel’s criminal activities but refuses to believe that Sasha could have been in anyway involved. She and John are attracted to each other and start a relationship – Tina’s first since Sasha’s death. But John has not told Tina the entire truth about himself. He had in fact been investigating the criminal gang with which Pavel had been involved; during the course of the investigation his colleague and friend had been killed and John, feeling responsible for his death, cannot absolve himself of guilt. And it may be that Sasha is not after all dead. Did he ever tell Tina the truth about himself? And if he is still alive is he trying to contact Tina? And if so, why? And are Tina, and her beloved little son and even her parents, at risk? And will she also find herself drawn into telling not the whole truth but some only?

I was drawn into this novel right from the beginning when Tina is aware that she is being watched and the atmosphere of menace is palpable. Throughout the novel, the suspense element and the emotional context are closely entwined. True the ‘romantic suspense’ tag may put off some hardened crime readers. But the romance genre actually has a very wide spread ranging from the really lightweight (classic Mills & Boon, ‘froth-and-bubble’, etc) to much more serious examinations of the powerful and complicated emotions that govern relations between men and women (and these days sometimes men and men and women and women). The Half-Truth comes very much into the latter category with the added extra that not only is happiness at stake but that matters of life and death are involved. If ever there was a reason to revive the ‘romantic suspense’ genre it is novels like this that will contribute.

I have previously written in the Mystery People blog – access via the MP Home page June 2015, Heroic Heroines – in connection with the recent death of Mary Stewart, credited with founding the genre, that the genre itself , while immensely popular in the U.S., has lapsed in this country in recent years, the most common excuse being that bookshops don’t know whether titles should be shelved with women’s fiction or with crime. Of all excuses surely that has to be one of the most feeble. So some readers don’t fancy it. So what! Others will.
------
Reviewer: Radmila May 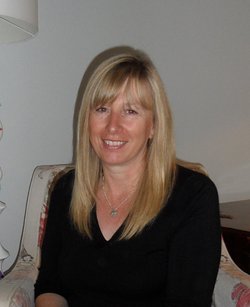 Sue Fortin writes romance, mystery and suspense. She is published by Harper Collins' imprint Harper Impulse. Sue's second novel, Closing In, became a best seller in 2014 reaching number one in the Kobo Romantic Suspense chart. Her originally self-published debut novel, United States of Love, was awarded the INDIE Brag Medallion and later when published by HarperImpulse was short-listed for the Joan Hessayon Award (2014). Sue was also short-listed for the Festival of Romance, New Talent Award (2013). Sue blogs regularly with the on-line writing group The Romaniacs (www.theromaniacs.co.uk) and in 2014 they released a charity anthology 'Romaniac Shorts'. A
Lover of cake, Dragonflies and France. Hater of calories, maths and snakes. Sue was born in Hertfordshire but had a nomadic childhood, moving often with her family, before eventually settling in West Sussex. Sue is married with four children, all of whom patiently give her time to write but, when not behind the keyboard, she likes to spend her time with them, enjoying both the coast and the South Downs, between which they are nestled