‘Pilgrim of Slaughter’ by Douglas Watt. 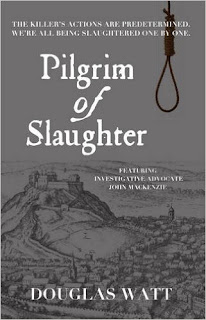 Really enjoyable read, with both the historic and the murder mystery elements really well done. Scotland, 1688 a nation bitterly divided by religion and politics. Douglas Watt does a great job of bringing the 17th century Edinburgh to life.

The streets of Edinburgh are aflame with Protestant riots and denouncements of popery. When a Catholic fanatic murders a nobleman and ignites a chain of killings, Mackenzie and Scougall are called in to investigate.

The identity of the murderer will keep you guessing until the very end and the idea a murderer is on the loose during the turmoil of the revolution keeps the pages turning.

A must-read if either murder mysteries or history are your thing.
------
Reviewer: Nicky Cooper Brown

Douglas Watt is a historian, poet and novelist. He is the author of The Price of Scotland: Darien, Union and the Wealth of Nations, a well-received history of the Darien Disaster and Parliamentary Union between Scotland and England, which won the Hume Brown Senior Prize in Scottish History in 2008. He is also the author of Death of a Chief, the first novel in the series of pre-Enlightenment crime novels, featuring John MacKenzie, Investigative Advocate. Douglas Watt has also contributed opinion pieces to the Scotsman on financial, historical and political subjects. He lives in Linlithgow with his wife Julie and their three children. 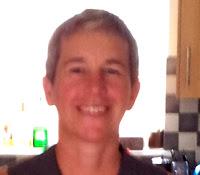