‘I am Death’ by Chris Carter 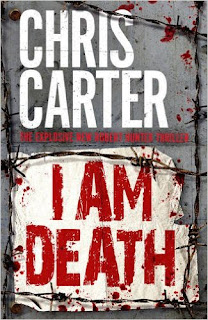 Robert  Hunter is a specialist catching serial killers.  Leading the Ultra-Violent Unit of the Los Angeles Police Department is his unenviable task and in this, his seventh outing, there is no let up.

A girl is abducted whilst baby sitting and so begins this harrowing story about kidnapping, torture and long term damage.  When bodies killed in bizarre and gruesome ways turn up, the killer leaves a clue, which doesn’t really help the police to find him.  It is a message “I am Death”.  Robert Hunter and his partner Carlos Garcia are called in for their specialist talents in dealing with homicides exhibiting excessive brutality and/sadistic tendencies.

Robert Hunter’s fictional background in psychology means that uncomfortably you are taken through the thinking of the killer and his motivation.  The story oscillates between the police investigation and the experience of a young boy trapped by a killer.  As Robert and his partner unravel the clues, the stories begin to knit together.

This is a gripping but disturbing novel, with some extremely brutal descriptions, interspersed with some the police procedures and some lighter elements.    The characters, including the victims in part and the killer, are fleshed out, but avoiding some of the clichés often seen in this style of book.  It is not a comfortable read and has some distressing scenes, but they are portrayed as a snapshot and most of the brutality is in the readers’ extrapolation of what might come next.

The writer gets into the minds of the killer and this is not surprising given that Chris Carter has spent time studying the psychology of criminals in one of his past careers.  I have “enjoyed” his characters, especially Robert Hunter, and his interesting storytelling from his first novel The Crucifix Killer.  This latest instalment does not disappoint, but is not for the fainthearted.
------
Reviewer: Amanda Brown 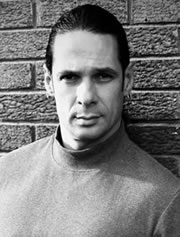