‘The Savage Hour’ by Elaine Proctor 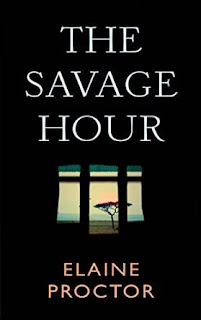 This novel is set in the remote and arid North-West Province of South Africa. It begins with the discovery by a young girl Delilah of her grandmother’s body floating in a dammed-up lake. For Delilah this is devastating: the grandmother, always called Ouma (Afrikaans for grandmother) had provided the love that her own rather chaotic parents had not even in her old age when increasing confusion made it impossible for her to work as a doctor. In fact Ouma’s death, apparently by drowning, is devastating for many people: she had worked as a doctor in the locality for many years and had provided tireless and dedicated support for many of the local people.  It is devastating for her son, Groot (Big) Samuel who farms the land and for his African manager, Klein (Little) Samuel. For the young Afrikaans policeman Jannie Claassens: when he was a child Ouma had intervened to protect him and his mother from his violent father and now that he is a grown man she supports him in coming to terms with his homosexuality. For the young and beautiful African woman Cheetah who had fled violent parents only to be drawn into the world of city prostitution where she fell prey to HIV: Ouma had fought with determination to ensure that Cheetah obtained the retroviral drugs she needed to survive. Above all, for old Gogo (Zulu for grandmother), Ouma’s cook and lifelong friend.

But it is Delilah who insists that Ouma had not slipped and fallen to her death, that she had not been in a confused state of mind on that day, that her death had perhaps not been accidental. And she convinces Jannie that she is perhaps not mistaken. But Jannie is warned off further investigation by his boss Mokheti Mokoena who feels that there is no realistic evidence that Ouma’s death was anything other than an accident. Mokoena is beset by the problems that violence and corruption have brought to South Africa extending even to his own force. But his superiors have told him to leave that particular hornet’s nest alone, and Mokoena feels there is no alternative.

This is a very fine novel; although there is a mystery as to Ouma’s death which is eventually resolved, it is as much a novel of human relationships. It is, however, for those who are not familiar with South Africa, not an easy novel to grasp. Highly recommended.
------
Reviewer: Radmila May 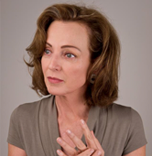 Elaine Proctor was born in South Africa. She grew up in Johannesburg and in the African bush which she loves. Along with a small number of politicized white teenagers, Elaine became active in the anti apartheid movement. She began to document Black resistance to Apartheid in overtly political documentary films like Forward to a People’s Republic and The Sun Will Rise.  The latter was a series of interviews with mothers whose sons were on death row for political offenses.
Punctuated by bouts of film training in London, Elaine continued to make documentaries in South Africa until 1986, when the political situation made it impossible for her to continue to do so. Her final documentary, Sharpeville Spirit, followed the lives of a group of young activists organizing resistance in that infamous township.  Concurrent with her arrival at this political cul-de-sac, Elaine entered the masters program in writing and directing feature films at the NATIONAL FILM AND TELEVISION SCHOOL in England. Her feature-length graduation film called On The Wire, won the British Film Institute’s Sutherland Trophy (most original and imaginative first film) for 1990.  On The Wire, is the story of tragic marriage between a South African Defense Force reconnaissance battalion commander and his rural Afrikaner wife.  We learn through their relationship, and particularly his sexuality, what terrible damage the war exacted on both perpetrators and victims.
Elaine’s first film after graduation, Friends, continued to explore the personal stories inside the political epic that is Apartheid/post-Apartheid South Africa. It was selected by the Cannes Film Festival to be part of its coveted Official Competition and won Mention Speciale - Prix de Camera D’Or in that year.
Elaine then wrote LOADED, a series for the BBC looking at the creation of ‘new philanthropy’ and its consequences for world peace and development over the past two decades. Paradise and the Dog of Plenty followed. It tells the story of five American women who go on a plastic surgery safari in South Africa with most unexpected results.
In 2009 Elaine wrote the novel RHUMBA.
She now lives in North London and is married with two teenage children.