‘Rise of the Enemy’ by Rob Sinclair 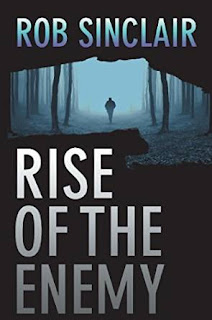 Carl Logan is a British agent who works for a secretive intelligence agency, the JIA that is controlled jointly by the USA and the UK. Their brief includes policing, espionage, and the armed forces all rolled into one!

Logan has never had a normal life. Recruited as an unruly teenager from a series of foster homes, he was no stranger to criminal activities. Indeed it would be difficult to find a more conflicted or vulnerable character, especially as the only two people he has ever loved or trusted, his boss Mackie and an American agent, Angela Grainger, have both betrayed him.

The action begins with Logan and a colleague trying to steal information from a high security complex in Russia.  Logan is captured. Did somebody know they were coming? For a considerable while the narrative then alternates between the next three months when he was held captive, which becomes the past, and the time after he escapes, which is the present.

When captured Logan was extensively tortured, and both cleverly interrogated, and mentally undermined by Lena, a Russian woman who pops in and out of the rest of the story.  Once Logan escapes it seems that everybody, the British, the Americans and the Russians all want him dead.  What accommodations have the spy bosses made with each other and why?  Can Logan trust the two minders sent to bring him back to England?  And what do the Russians have that the Americans are so desperately looking for?

This is a cleverly written book that maintained my interest during the long period that Logan was held captive even though I knew from the parallel writing that he eventually escapes.  The body count is high and the torture is graphic.  Rise of the Enemy is not for the fainthearted, but is undoubtedly a good read for thriller fans.
----
Reviewer: Angela Crowther 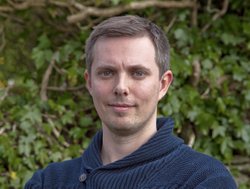 Rob Sinclair began writing in 2009 following a promise to his wife, an avid reader, that he could pen a 'can't put down' thriller. Rob's first novel, Dance with the Enemy, was published in June 2014 and is the first in the Enemy Series following embattled intelligence agent Carl Logan. Rise of the Enemy, the second book in the series, was released in April 2015. The Enemy series has received widespread critical acclaim with many reviewers and readers having likened Rob's work to authors at the very top of the genre, including Lee Child and Vince Flynn.  Rob worked for nearly 13 years for a global accounting firm after graduating from The University of Nottingham in 2002, specialising in forensic fraud investigations at both national and international levels. He now writes full time.
Originally from the North East of England, Rob has lived and worked in a number of fast paced cities, including New York, and is now settled in the West Midlands with his wife and young sons.