‘The Other Side of the Mountain’ by Fiona Cane 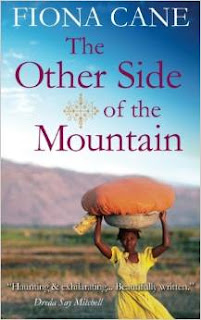 This novel, set in Haiti in 2001, concerns the search by three women for a missing child. There is the young, and rather naïve, English reporter Maddy Banks, who persuades her editor at The Times to send her out to Haiti in pursuit of a story she has come across of an English doctor working dedicatedly in that chaotic country. There is the doctor herself, Clare Thompson, who has devoted herself to healing women in a society where male physical violence on women is permitted by law, indeed, is considered to be a man’s birthright. And at the centre is Yolande, married to a brutal husband, Luvens, childless and longing to be reunited with her little sister Yvie whom years before Luvens had arranged to be adopted by a family in Haiti’s capital, Port-au-Prince. Yolande discovers that Yvie, so far from being adopted into a loving family, was sold by Luvens as a restaurik (domestic slave). Devastated by this news, Yolande tries to run away to look for Yvie but is seriously assaulted by Luvens, partly from anger at Yolande’s daring to leave him, but also by groundless jealousy at her relationship with her childhood friend Emile. She runs away again but is found, now extremely ill, by Maddy who is on her way to interview Clare at the hospital where the latter practises. Maddy takes Yolande to the hospital, where Clare saves her life. But then Yolande, still determined to find Yvie, runs away again. Maddy persuades Clare to help her find Yolande and they venture into the darkest and most dangerous slums of Port-au-Prince. In so doing they incur the wrath of the corrupt Haitian elite and all three find themselves in a number of perilous situations. They encounter many good, kind, brave Haitians, particularly courageous groups which have emerged to support women but, despite the fact all three women face and overcome their own private demons as well the dangers of their present position and eventually have real chances of finding happiness (dare one mention the words ‘happy ending’?), I was left with a feeling of real pity for that tragic island.

I thought this was a remarkable novel. There have been a number of novels in the past, published mainly for the women’s market (and none the worse for that, may I point out), featuring three women, all very different, who come together and find that they can accomplish far more than as three separate individuals. This a fine contribution to the genre. There is a sense in the novel of the physical actuality of Haiti which gives it great authenticity, the more impressive because it is not clear whether the author has been to Haiti (numerous sources are given in the acknowledgments at the end of the book), something which in my view is lacking in the standard-bearer for Haiti-set novels, Graham Greene’s The Comedians. Recommended.
------
Reviewer: Radmila May 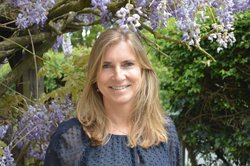 Fiona Cane was born and raised in Sussex. After graduating with a degree in Philosophy from Exeter University she worked in London as a film and entertainment PR. She returned to Sussex in 1994 with her two children and qualified as a tennis coach.
Bestselling crime writer, Peter James, describes her as 'a natural storyteller, with a vivid writing style that is eminently readable.'
Prize-winning author, Dreda Say Mitchell, describes 'The Other Side of the Mountain' as 'Both haunting and exhilarating, this beautifully written tale will keep you turning the pages until the very end.'