'Sherlock Holmes and the Unholy Trinity' by Paul D. Gilbert 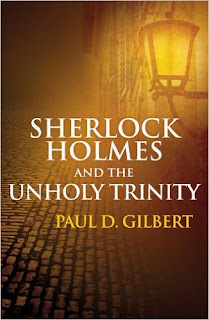 Published by Robert Hale,
29 May 2015.
ISBN 978-0-7198-1300-9
We begin this continuation of the adventures of Sherlock Holmes in 1896 with the arrival of a gigantic man wielding a sword at the rooms in 221b Baker Street.  This individual in Bedouin robes is a startling figure who proceeds to destroy both the door to the rooms and the chair from which Dr Watson has just risen.  He issues a warning to Holmes not to interfere in matters unspecified before he leaves.  A search through the newpapers produces nothing likely to cause such a violent incursion.
A telegram arrives soon after this which requests Holmes to go to Rome, to the Vatican to investigate the murder of Cardinal Tosca.

A protracted journey to Rome follows and then a further lengthy trip to Egypt.  There are some further terrible and inexplicable events in both places before the intrepid investigators return to London where further mayhem ensues.
The opportunities to build upon Conan Doyle's perennial characters have been eagerly taken, therefore imitators of the Sherlock Holmes and Dr. Watson oeuvre are numerous.   Paul D. Gilbert has already written 4 books on Sherlock's adventures; this is the first of his Holmes series that I have read and it seems to me that he has grasped the essentials of the characters of Holmes and Watson and, even more importantly, the way that they interact with each other and with other people.  He also leaves the impression that, though a conclusion is reached to this story, more may well follow.
------
Reviewer: Jennifer S. Palmer
As stated above there are previous books on Holmes and Watson by Paul D. Gilbert and he is planning more. 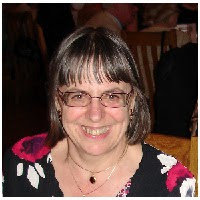