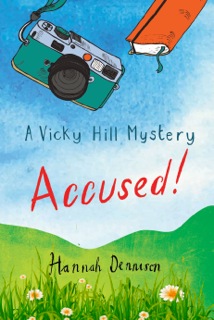 It's all go in the leafy village of Gipping-on-Plym. For a countryside idyll, there certainly is a lot of small scale crime: sunflowers destroyed, bicycle tyres slashed and the odd scuffle between neighbours, not to mention bed-hopping neighbours having affairs and the upcoming annual worm charming (yes, worm charming) competition.

So far, so parochial. But did I mention that the father of our heroine, local newspaper journalist Vicky, is an accomplished burglar? Or that she is his accomplice, burying his loot in her landlady's garden until it's safe to move it? Suddenly we move into the realms of unusual.

And when Ruth Reeves, whose husband recently came into a large inheritance, dies, rumours abound that she was murdered. But by whom? And why? Vicky determines to find out...

As more eligible men than you would expect in such a small locale declare their feelings for Vicky, she tries not to get distracted and focuses on the task at hand. But it's hard when both the local policeman and paramedic are vying for your affections, when your landlady is kicking you out and the local undertaker offers you a place to stay and when your headline-hungry colleague threatens to scoop you at any moment. But Vicky perseveres, uncovering village secrets at every turn, until the exciting climax.

This is a lively account of village life where the criminal investigation really takes second place to the comings and goings of the neighbours. A light-hearted narrative that doesn't take itself too seriously, the author has successfully weaved a tale that is both engaging and fun, providing the right amount of detail to keep the reader interested without getting bogged down in lengthy descriptions. A great summer read.
------
Reviewer: Joanna Kennedy 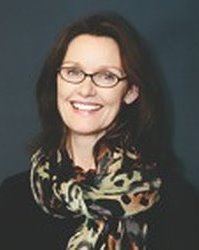 Hannah Dennison was born and raised in Hampshire, but on leaving school landed a job as an obituary writer/amateur dramatic reviewer for a Devon newspaper. Hannah is the author of the Honeychurch Hall Mysteries and the Vicky Hill Mysteries, both set in Devon, England. She has been an obituary reporter, antique dealer, private jet flight attendant and Hollywood story analyst. Hannah originally moved to Los Angeles from England to pursue screenwriting and now lives in Portland, Oregon with her husband and their cat. She continues to teach mystery writing at the UCLA Extension Writers' Program and still works for a west coast advertising agency. Hannah is a member of Sisters in Crime, Mystery Writers of America, The Crime Writers Association, Mystery People, The Historic Houses Association, the National Trust and the Society for the Protection of Ancient Buildings. She enjoys hiking, horseback riding, skiing, theatre and seriously good chocolate. 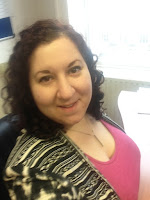