‘Murder in Malmo’ by Torquil MacLeod 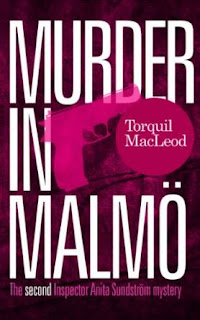 In Malmo, southern Sweden, someone is shooting at immigrants, at first just to frighten, subsequently with deadly intent. In an apparently unrelated incident, advertising agency boss, Tommy Ekman, is murdered by what is subsequently revealed as poison gas. An English clergyman is seen on a Swedish television channel making a racist rant. Inspector Anita Sandstrom has returned to her job in the Malmo as a detective in the Skane County Police but very much under a cloud because she had deliberately shot someone whom she had thought was a murderer only to subsequently find that the murderer was another man, Scotsman Ewan Strachan, with whom she had been, and, as she admits to the psychiatrist whom she is currently seeing, is still very much in love. (The story has been told in the first book in the series, Meet Me in Malmo.)

A visit to Ewan in prison intensifies her problems. She would like to be involved in the Ekman case but her boss, Chief Inspector Moberg, orders her instead to investigate the theft of a painting by a well-known artist, Pelle Munk. Anita considers this a come-down but has no choice. To add to her difficulties she is being hassled by her sexist colleague Karl Westermark who simultaneously sneers at and pesters her. And she misses her son Lasse who has now moved out to go to university and to live with his girlfriend. However, her new assistant, Hakim Mirza, is pleasant and helpful. Anita and Hakim interview Michaela and Jorgen Lindgren but gain little information although subsequently Hakim discovers that Tommy Ekman was a guest at a showing of Pelle Munk’s paintings; however the gallery owner, Stig Gabrielsson, is evasive but does suggests that Anita contact art collector, Ingvar Serneholt. Anita’s visit to Pelle Munk and his daughter Karin, who is an old school friend of Anita’s, unearths little information: Pelle is now rather mentally confused and Karin knows little. Meanwhile, Moberg and Westermark, together and separately interview Ekman’s wife Kristina, her rich father, Dag Wollstad, Ekman’s secretary, Elin Marklund, and his partner, Daniel Jonsson, but come up with  no new leads. Then another businessman, Martin Olofsson, is murdered and this adds yet more complications to the various investigations, all of which have to be disentangled and the underlying links established before the mysterious deaths can be resolved.

As can be seen from this resume of the first part of the narrative, it is extremely complicated. It is told in a series of brief chunks from the point of view of the various characters in a manner so intricate as to be reminiscent of a Rubik cube. The effect of the narrative structure, although clever, does make it rather hard to follow or to get an impression of the characters. The book makes an interesting addition to the ranks of Swedish crime novels.
------
Reviewer: Radmila May 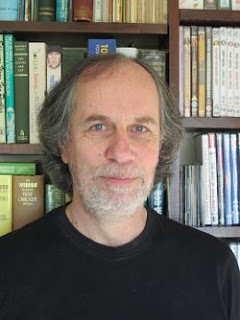 Torquil MacLeod was an advertising copywriter for 36 years. Born in Edinburgh, Scotland, he now lives in Cumbria, in the north west of England, with his wife, Susan. He came up with the idea for his Malmö detective, Inspector Anita Sundström, after the elder of his two sons moved to southern Sweden in 2000. Meet Me In Malmö (originally planned as a film script) was published in hardback in 2010. All four Malmö Mysteries are now available as ebooks - the latest being Midnight In Malmö. He has also brought out an historical crime ebook called Sweet Smell Of Murder, which is set in the Georgian England of the 1750s.

Torquil still makes regular trips to Malmö and Skåne to visit his Swedish family and friends. And he is working on further Anita Sundström stories.