‘The Quiet War’ by Peter Widdows 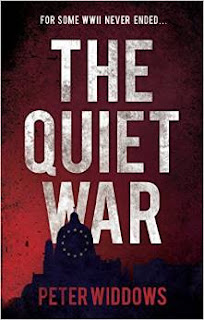 This is the second book featuring award-winning free-lance investigative journalist Sean McManus.  He is now living with his partner Liz and Praew, the young old girl they rescued from appalling circumstances in Thailand.  Sean is looking for his next story and decides to interview a high profile Member of the European Parliament, who turns out to be very different from the media depictions.  The interview leads to much more than a story for the tabloids, when the MEP is found dead.  As Sean and Liz (assisted by a much-needed team of body-guards) try to unravel what is going on, they come up against the arcane workings of the EU, uncover a network of Nazi sympathisers, and encounter some very dangerous people.

The story is fast paced and the characters interesting.  The subjects dealt with in the novel are right on trend, though the plot details may not always be convincing. The book appears at a time when the EU is under close scrutiny and the regular insertion of pieces of factual information about the EU adds a certain edge to the events on the page.
-------
Reviewer:  Jo Hesslewood
Other books by the author:  featuring Sean McManus:  Incorporated Evil 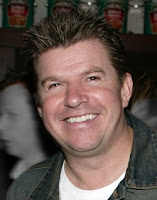 Peter Widdows was born in Manchester, United Kingdom, but moved away from the North of England in the early 1980's. Since then he has lived in London, USA, Germany, Australia and New Zealand and worked in China, Japan, Thailand, and Korea. His first book - Incorporated Evil - delves into the world of corporate and government corruption and he uses his experience as a CEO for a Fortune 500 company to make the narrative believable and technically accurate. He is now working on a follow up book, which he hopes to launch in the spring of 2015.

Jo Hesslewood.  Crime fiction has been my favourite reading material since as a teenager I first spotted Agatha Christie on the library bookshelves.  For twenty-five years the commute to and from London provided plenty of reading time.  I am fortunate to live in Cambridge, where my local crime fiction book club, Crimecrackers, meets at Heffers Bookshop .  I enjoy attending crime fiction events and currently organise events for the Margery Allingham Society.
Posted by Lizzie at 16:09