‘The Burning Room’ by Michael Connelly 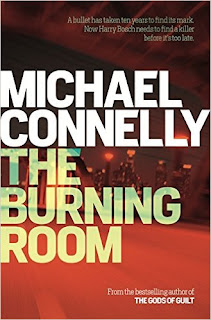 Bosch is spending his remaining days with the LAPD in the Open-Unsolved Unit. He has a new partner, Lucia Soto, a rookie detective who became a well-known celebrity after a violent liquor store shoot-out.

Not many murder victims die a decade after the crime. Bosch and Soto get the cold case of Orlando Merced when his body finally gives in to the complications of being shot ten years ago, and the autopsy shows the bullet caused his death. The case files have little for them to go on.  Bosch uses his unorthodox methods to help move the case forward.

Soto, also known as Lucky Lucy has a burning ambition that could make her a jeopardy to Bosch.

As the case moves forward Bosch starts to consider that her luck is rubbing off on him.

A great read with twist and blockades that are not only created by the people Bosch and Soto are investigating but also by the people who want the case closed.
------
Reviewer: Nicky Cooper Brown 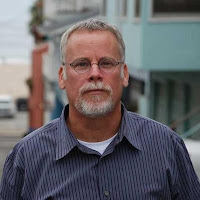 Michael Connelly was born in Philadelphia, PA on July 21, 1956. He moved to Florida with his family when he was 12 years old. Michael decided to become a writer after discovering the books of Raymond Chandler while attending the University of Florida. Once he decided on this direction he chose a major in journalism and a minor in creative writing — a curriculum in which one of his teachers was novelist Harry Crews. After graduating in 1980, Connelly worked at newspapers in Daytona Beach and Fort Lauderdale, Florida, primarily specializing in the crime beat.  In Fort Lauderdale he wrote about police and crime during the height of the murder and violence wave that rolled over South Florida during the so-called cocaine wars. In 1986, he and two other reporters spent several months interviewing survivors of a major airline crash. They wrote a magazine story on the crash and the survivors which was later short-listed for the Pulitzer Prize for feature writing. The magazine story also moved Connelly into the upper levels of journalism, landing him a job as a crime reporter for the Los Angeles Times, one of the largest papers in the country, and bringing him to the city of which his literary hero, Chandler, had written. After three years on the crime beat in L.A., Connelly began writing his first novel to feature LAPD Detective Hieronymus Bosch. The novel, The Black Echo based in part on a true crime that had occurred in Los Angeles, was published in 1992 and won the Edgar Award for Best First Novel by the Mystery Writers of America.  Fifty million copies of Connelly’s books have sold worldwide and he has been translated into thirty-nine foreign languages. Michael lives with his family in Florida. 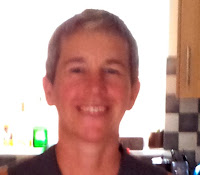