‘The President’s Shadow’ by Brad Meltzer 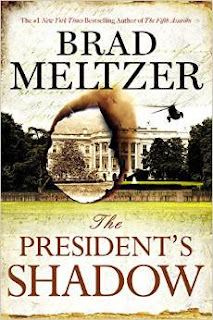 Beecher White returns in the third of the Culpeper Ring series.  He is an archivist at the National Archives in Washington DC and a recent recruit to the Culpeper Ring, a secret group originally founded by George Washington to protect the Presidency.  Summoned to a strange meeting at the White House, Beecher is surprised to be asked by President Wallace (not a fan of the Ring) for assistance in solving a disturbing mystery:  the First Lady, in a desperate bid for some privacy, has taken to dawn gardening by torchlight, and has found something very nasty while doing a bit of weeding.  Beecher doggedly tries to sort out what is going on.  Who knows what? Who can be trusted? Who is the man with the white eyebrows?  As he dips deeper into a quagmire of conspiracies, he also uncovers some more personal information about his father’s death some 29 years ago.

The complex story moves along swiftly, despite tacking backwards and forwards in time.  The characters are well-described, not a few with a whiff of gothic darkness about them.  The duplicity and complicity of government bodies at they pursue the best interests of the USA is revealed, and the references to actual events add a thought-provoking twist to the story.  Readers who enjoyed the earlier books will want to read this but it isn’t necessary to have any existing knowledge of the series to start here.
------
Reviewer:  Jo Hesslewood
Other books by the author:  the other books in the Culpepper Ring series are The Inner Circle and The Fifth Assassin 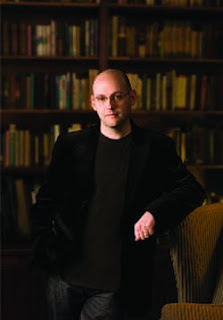 Brad Meltzer was raised in Brooklyn and Miami. He is a graduate of the University of Michigan and Columbia Law School. His books have spent nearly a year on the bestseller lists, and have been translated into over 25 languages. Brad has played himself as an extra in Woody Allen's Celebrity and earned credit from Columbia Law School for writing his first book, which became The Tenth Justice. He also co-wrote the oath that the President of the United States gives to all AmeriCorps members.
Brad currently lives in Florida with his wife, who's also an attorney.


Jo Hesslewood.  Crime fiction has been my favourite reading material since as a teenager I first spotted Agatha Christie on the library bookshelves.  For twenty-five years the commute to and from London provided plenty of reading time.  I am fortunate to live in Cambridge, where my local crime fiction book club, Crimecrackers, meets at Heffers Bookshop .  I enjoy attending crime fiction events and currently organise events for the Margery Allingham Society.