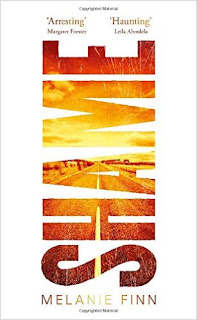 Pilgrim Jones has fled from a situation too painful to bear: memories of the husband she loved and who left her, and had a child with another woman. And even worse than that, her car has crashed into a bus shelter and had killed three children. Even though the police investigation under the sympathetic Inspector Paul Strebel exonerates her of all blame, the locals in the little Swiss town where she and her husband had been living hold her responsible: kindermorderin (child murderess) they mutter after her in the street. And she suspects that someone is getting into her flat although the police do not take this seriously. So she takes flight, and finds herself in Tanzania in a place called Magalu, a dead end town, where she chooses to stay, partly because she has made friends with Dorothea who practises as a doctor, the sole one in the locality where the only other alternatives are witchdoctors, although she is untrained and there are virtually no resources. And where else can Pilgrim go? But even here she feels unsafe – a box arrives in Magalu with gruesome human remains. Witchcraft, clearly. Aimed at Pilgrim? She fears so. And many in the town believe she is a witch. She leaves again, this time for a decayed seaside town called Tanga. There she encounters the American ex-pat Gloria who is setting up a home for children orphaned by Aids and the British ex-pat alcoholic Harry.

Meanwhile back in Switzerland, Strebel has discovered that Koppler, the father of one of the dead children, who has disappeared, may have discovered Pilgrim’s whereabouts and have followed her. Concerned for her safety and drawn by his feelings for Pilgrim he goes to Tanzania, finds first the hotel where she had been staying and then the house she has rented. But Koppler is just ahead of Strebel.

This is a remarkable and thought-provoking book. Although there is a thriller element, it is more about themes such as guilt and responsibility. And the picture it represents of Africa, a land where belief in ghosts and spirits is so widespread that perhaps they become reality, is strange and compelling. Highly recommended.
------
Reviewer: Radmila May

Melanie Finn was born in Kenya, where she spent the first twelve years of her life. She was educated in the United States and has lived and worked on four continents. She has worked as a screen writer and journalist, and is the founder and director of the Natron Health Projecy, which brings health care to Maasi communities of Tanzania. Her first book Away from You was Published in 2004.