‘The Fire Dance’ by Helene Tursten 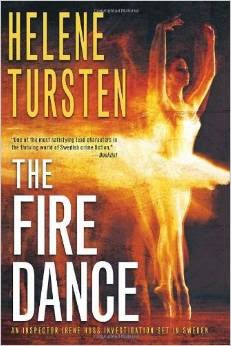 In 1989 newly-appointed Detective Inspector Irene Huss and her colleague Tommy Persson are told to take over the investigation of a case in which a man, Magnus Eriksson, died in a house fire. His 11-year old stepdaughter Sophie had been with him but was so traumatised by events that three months later she cannot speak of them. A reason for concern is that there have previously been several fires: not fatal but undoubtedly arson. In the case of this fire there is little or no evidence of arson. It is hoped that Irene, who had been the officer who had found Sophie at the time and who is herself the mother of young children, will be able to get some inkling as to what had happened. But she cannot, and shortly her boss, irritated by the lack of progress, takes her off the case, ignoring Irene's suggestion that looking into Sophie's family may assist. Certainly the family dynamics leave something to be desired. Sophie's dance instructor mother Angelika who had left her first husband, the composer Ernst Malmborg whose first wife had committed suicide when Malmborg took up with the youthful Angelika, seems to care little for Sophie: any maternal feelings she has are reserved for Frey, her son by her second marriage. Malmborg himself is a not very successful freelance journalist who both drinks and gambles. Eventually the fire is assumed to have been an accident and is consigned to the files. Sixteen years later Sophie, now a ballet dancer and dancing instructor like her mother, disappears; three weeks later her burnt body is discovered in a shed in an industrial site. By now Sophie had become well-to-do, her father having died and left her everything. She was a ballet dancer and, like her mother, a dance instructor. And she was clearly still so traumatised by her earlier experience that she found relationships very difficult. In order to disentangle the events leading to Sophie's death Irene also has to delve into the death of Sophie's stepfather and to unearth family secrets that some would wish to remain hidden.

This is very much in the genre of Scandinavian crime fiction with its attention to characterisation and to the details of the plot.
------
Reviewer: Radmila May 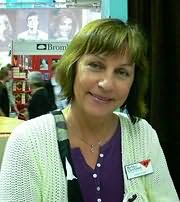 Helene Tursten is the author of the Irene Huss series.  The series has been adapted into a film and TV series in Sweden. She lives in Goitenborg.