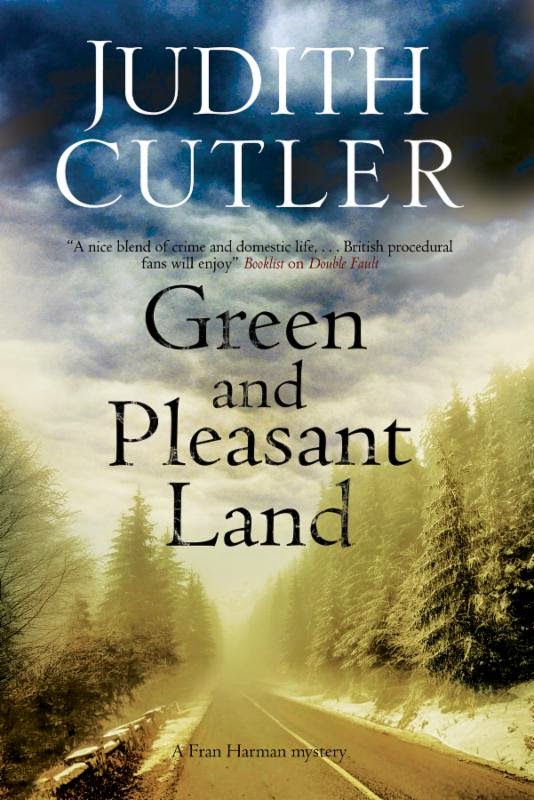 Having volunteered to assist West Mercia police in the investigation of an unsolved case, ex  Chief Superintendent Fran Harman and her husband ex ACC Mark Turner find a less than warm reception when they arrive at Hindlip Hall to start work.

Twenty years previously Natalie Foreman had disappeared with her young son, her car found abandoned on a relatively isolated road running through Wyre Forest, her baby dead in the baby seat.  With only a fraction of the staff promised, and the Chief Constable who asked them to take the case suddenly made redundant, Fran and Mark attempt to interview the people involved at the time of the disappearance, but it soon becomes apparent that their efforts to solve this mystery are not welcome.  Even Natalie’s parents are hostile. When files go missing and mishaps befall Fran and Mark it is clear someone doesn’t want the case solved. Then things take a more sinister turn. And Fran and Mark realise that they can trust no one around them, and someone is lying.

I so enjoy a good mystery. The books you have to keep on reading—can’t put down.  Highly recommended.
----
Reviewer: Lizzie Hayes

Judith Cutler was born in the Black Country, just outside Birmingham, later moving to the Birmingham suburb of Harborne. Judith started writing while she was at the then Oldbury Grammar School, winning the Critical Quarterly Short Story prize with the second story she wrote. She subsequently read English at university. It was an attack of chickenpox caught from her son that kick-started her writing career. One way of dealing with the itch was to hold a pencil in one hand, a block of paper in the other - and so she wrote her first novel. This eventually appeared in a much revised version as Coming Alive, published by Severn House. Judith has five series. The first two featured amateur sleuth Sophie Rivers (10 books) and Detective Sergeant Kate Power (6 Books). Then came Josie Wells, a middle-aged woman with a quick tongue, and a love of good food, there are two books, The Food Detective and The Chinese Takeout. The Lina Townsend books are set in the world of antiques and there are five books in this series. There are two books featuring Tobias Campion set in the Regency period. Her most recent series features Chief Superintendent Fran Harman (6 books), and Jodie Welsh, Rector’s wife and amateur sleuth..  Judith has also written two standalone’s Scar Tissue and Staging Death.