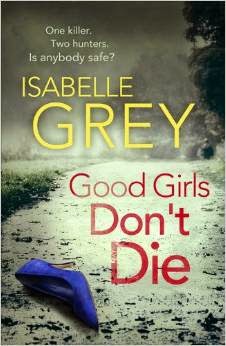 Detective Sergeant Grace Fisher has just started a job with the Major investigation Team in Essex.  The case of a student disappearing and another one being found dead is the one with which she has to deal.    In a new place she finds an old friend but cannot talk to her easily in the circumstances.  The tabloid frenzy around the student death leads to suspicion that a detective is revealing information.  As a new member of the team and with a background of trouble in her previous post Grace is having problems.

The development of the investigation is well done as the team struggle to discover the truth.  The characters are really well established as the story of the young women is developed.  Grace is divorcing her husband but he tries to talk her into a resumption of their relationship.  To make things worse for Grace in her professional role there is a review team brought in which is headed by the man who had been DCI in Grace's last post.  He had been unpleasant in the hard circumstances she had faced.  Nevertheless it is Grace's efforts that bring resolution to the case.
------
Reviewer: Jennifer S. Palmer 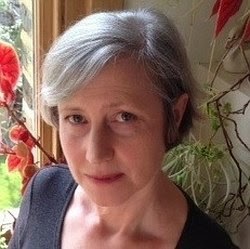 Isabelle Gary was born within the sound of Bow Bells in London's East End, grew up in Manchester, lived for ten years on what was once a tidal island at the edge of the Romney Marsh She has published two previous psychological suspense novels. , Out of Sight and The Bad Mother, are also published in paperback, ebook and audio by Quercus. For several months The Bad Mother was Amazon's No.1 bestselling novel in psychological suspense and was in the top ten crime fiction bestsellers.
Good Girls Don't Die, the first in a series featuring Grace Fisher, a murder detective with the Essex Major investigation Team Isabelle also writes screenplays for television crime drama, including The Bill, Wycliffe, Rosemary & Thyme and Midsomer Murders'. With Jimmy McGovern, she co-wrote Tina's Story, the final episode in the Bafta and International Emmy award-winning BBC series Accused  which starred Anna Maxwell Martin, Robert Sheehan and John Bishop.
A former non-fiction author (writing as Isabelle Anscombe) and journalist for national newspapers and magazines such as 'Cosmopolitan', 'Country Living' and 'Psychologies', she has also taught screenwriting at Central Saint Martin's and the Arvon Foundation. She now lives and works in north London. 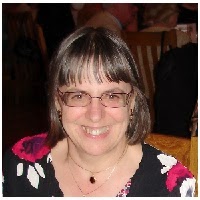