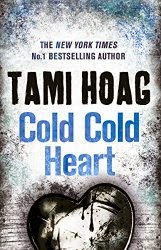 When this story opens Dana Nolan, a TV reporter in her twenties, has already killed and escaped the man who had kidnapped, raped, tortured and brutalised her.   But although she has escaped from him physically she has not escaped mentally.  Her injuries are extensive. And her head injury has affected her memory and her ability to speak coherently.

After months in a rehab facility, Dana is still far from independent and has no choice but to
move back to her hometown and live with her mother and stepfather.  Obviously her mother is protective of a daughter she thought she had lost forever, but she does suffocate her rather trying to shield her from the questions from the police who want any information she can give them as they are certain that her abductor had previously killed many other women. But Dana cannot recall the man who brutalised her, although as the story progresses she is tormented with flashbacks.

Moving back to her hometown she becomes aware that her abduction has reignited interest in the disappearance of her best friend Casey Grant, who went missing the summer after they both graduated.  In fact she herself had been investigating the disappearance of a young girl just prior to her own abduction.  Casey’s ex-boyfriend, John Villante, had at the time been the police’s prime suspect but no evidence had ever been found. John had later joined the Army, and had been decorated for bravery several times, but was now back suffering from PTSSD, and living with his vile drunk father.

Clearly Dana and John have much in common both traumatised, but the first time Dana encounters John Villante she blurts out “You killed my best friend.”

She also encounters  her old boyfriend Tim Carver who had been set for great things but unaccountably is now with the local police force.

Unable to return to her old life, as a TV reporter, Dana at the behest of her therapist to take an interest in something, becomes interested in what happened to her best friend. Not quite I think what her therapist had in mind.

Whilst I was pretty sure early on what had happened to Casey, the strength of the book lies in the emotion turmoil in which Dana seeks to find some sure ground. Struggling with her terrible handicaps she begins to retrace her life that summer after graduation in the hope of finding some clue as to what happened to Casey.

This is a gripping and emotional book that you will not be able to put down. I hope that there is a sequel.    I
------
Reviewer: Lizzie Hayes

Tami Hoag's novels have appeared on international bestseller lists regularly since the publication of her first book in 1988. Her work has been translated into more than thirty languages worldwide and over twenty-million copies of her books are in print. Tami is a dedicated equestrian in the discipline of dressage and shares her home with two English cocker spaniels. She lives in Palm Beach County, Florida.