‘The Man from Berlin’ by Luke McCallin 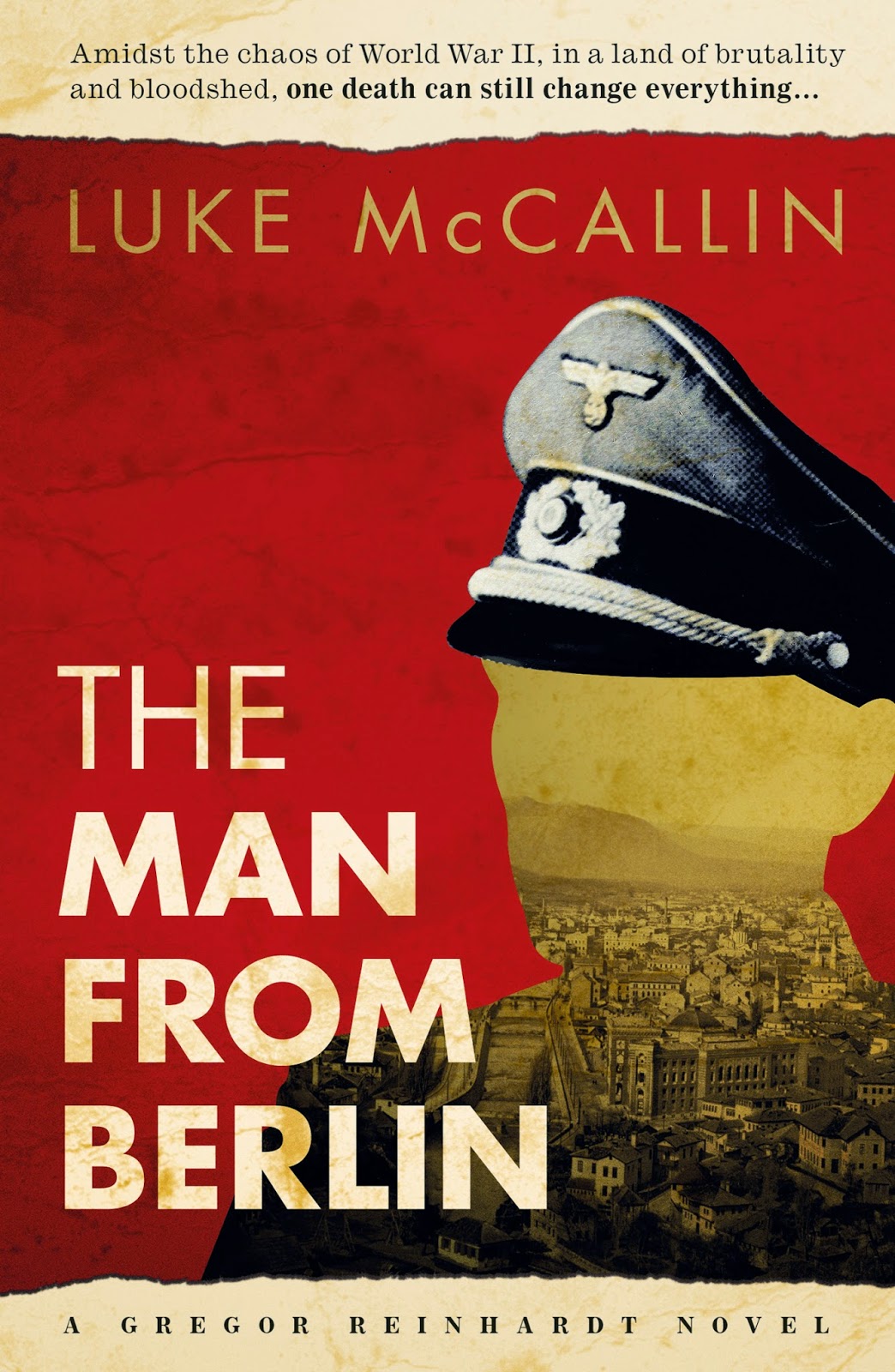 Sarajevo (Bosnia) 1943. Captain Gregor Reinhardt is a military intelligence (Abwehr) officer serving with the German army military intelligence (the Abwehr) in Nazi-occupied Yugoslavia (then one country). Reinhardt is by training and inclination a soldier who had won the Iron Cross (the highest German military decoration) in World War I. Subsequent to that he became a highly effective police detective in Berlin, so much that, once Hitler and the Nazis were in power and World War II was looming, the authorities pressured him to join the Gestapo. Never a Nazi sympathiser and sickened by the increasing violence and lawlessness of the regime, Reinhardt  joined the Abwehr instead where his detective skills stood him in good stead, and served in France, North Africa and, finally, Yugoslavia. It is in Yugoslavia that he is confronted with the brutality of the occupation in which not only the Nazis but their fascist accomplices the Croat Ustashe were responsible and with which Reinhardt himself has been on occasion, to his self-disgust, complicit. But when he is called upon to investigate the murders of a fellow Abwehr officer and the Croatian film maker Marija Vukic it is his detective skills that bring to him to realise there is more to those deaths than a simple act of revenge. It is Marija herself who is particularly puzzling: she was beautiful, sexually alluring and sexually voracious but was there a purpose to her promiscuity? And if so, can Reinhardt establish what that purpose without himself falling foul of his enemies among the German forces and the Ustashe? Reinhardt finds himself embroiled in the snakepit of rivalries in the Balkans while outside the city the largely ineffective Cetniks under Mihailovic and the far more effective Partisans under Josip Broz Tito are mounting growing resistance to the Germans and the Ustashe.
I recommend this book. The world portrayed by the author is undoubtedly stark and brutal but then so was the reality if not more so. Equally realistic is the virtual absence of women apart from the vampish and manipulative (and dead) Marija. And so many of the names of the towns and cities – Sarajevo, Banja Luka, Goradze – have resonances beyond World War II to the Balkan wars of the 1990s which adds extra depth to the narrative. Reinhardt himself is a complex character: not only because of his immediate problems, but because he is still grieving for his beloved wife Carolin who died before the war and for his son Friedrich missing presumed dead at the siege of Stalingrad. Reinhardt had become estranged from Friedrich because of the latter's childhood indoctrination while in the Hitler Youth with Nazi dogma but he is still Reinhardt's son and he has has reason to believe that Friedrich's experiences on the Eastern Front may have disillusioned him with Nazism.  The author will be continuing the story of Gregor Reinhardt in his next novel The Pale House, similarly set in Yugoslavia during Germany's retreat and final defeat.
------
Reviewer: Radmila May

Luke McCallin Luke McCallin was born in Oxford, grew up in Africa, was educated around the world, and has worked with the UN as a humanitarian relief worker and peacekeeper in the Caucasus, the Sahel, and the Balkans. His experiences have driven his writing, in which he explores what happens to normal people put under abnormal pressures, inspiring a historical mystery series built around an unlikely protagonist, Gregor Reinhardt, a German intelligence officer and a former Berlin detective chased out of the police by the Nazis. The Man From Berlin was published in 2013, followed by a sequel, The Pale House, in 2014.
He lives with his wife and two children in an old farmhouse in France in the Jura Mountains. He has a master’s degree in political science, speaks French, is learning Spanish, and can just get by in Russian. When he’s not working or writing or spending time with his family, he enjoys reading history, playing squash, and keeping goal for the UN football team.