‘Hearts of Darkness’ by Paul Lawrence 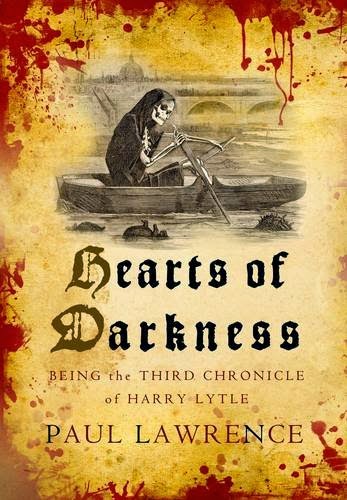 England, in the ominous year of 1666.   Harry Lytle is dreaming of a new career as an apothecary, but his spymaster, Lord Arlington, has another task for him: to go into the plague-closed village of Shyam, and bring back a courtly murderer...

This was a fast-moving, atmospheric read, with a twist-filled finale.  Part murder investigation, part spy story, the convoluted plot moved at a rapid pace, with chases, ambushes and surprises.  Careful use of archaic language kept up the period feel. The descriptions of a panic-stricken, half-empty England as the plague moved outwards from London were chillingly vivid, and the end descriptions were wonderful; I truly felt I was there.  Harry Lytle is an engaging hero – quick-thinking, witty and permanantly terrified – and his relationship with fiery Jane was humourously handled.  The religious feelings of Lytle’s sidekick, Dowling, helped bring those terrifying times to life.  This was a dark book, more akin to S J Sansom than Susanna Gregory, but with a less concentrated plot line.

A fast-moving period thriller, with atmospheric description.  This is the third of this series, and although it could be read as a stand-alone, the opening action is a spoiler for the events of earlier books, so you might prefer to start with the first, The Sweet Smell of Decay.
-----
Reviewer: Marsali Taylor 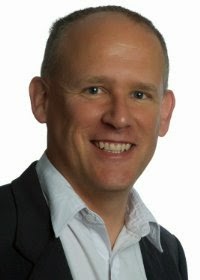 Paul Lawrence  was born in a convent hospital in Malpas in 1963. Paul went to school near Brighton, went to college in Durham, spent a while living in Newcastle-upon-Tyne, then went to college again in London, studying for a PhD in Psychology. He then became a businessman, and travelled the world, working and living in Spain, Portugal, Japan and Australia, eventually emigrating to Sydney in 2003, where he still lives with his wife and brood. Paul's first book, The Sweet Smell of Decay enjoyed a long gestation. It was born in 1993, and finally published, after much trial and tribulation in 2009. The second of the Harry Lytle Chronicles, A Plague of Sinners, was published in 2010, and the third book Hearts of Darkness, published in January 2014. Paul is currently busy writing the 4th book in the series, title yet to be decided. If you have any feedback on his books, Paul loves to read letters, and replies to all such missives sent via his publisher Allison & Busby. 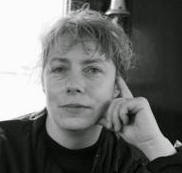