‘The Devil’s Playground’ by Stav Sherez

An old man is found dead in a park in Amsterdam. There is evidence of severe injuries to the body so there is a possible link to several sado-masochistic murders that have recently occurred in the city. But the only clue to his identity is a name and a telephone number; they belong to Jon Reed who lives in London. He identifies the man as Jake Colby, an elderly homeless man whom he had briefly befriended before Jake disappeared. Both Jake and Jon are Jewish and coming to terms with Jewish identity and history is a theme of the book. Jake had only just learned that he was Jewish; his natural Dutch-Jewish father had given him to his business partner who had brought him up without telling him even that he was adopted let alone of his true identity. Jon's own family had rejected totally their Jewish identity and Jon knows little of his people's tragic history. In Amsterdam Jon formally identifies Jake and meets Ronald van Hijn, the detective nominally in charge of the case. But van Hijn has his own problems; his father, once admired as a fearless Resistance wartime fighter against the Nazis, has recently been revealed as an arch-collaborationist, and his colleagues are using this as an excuse to oust him. Van Hijn warns Jon to stay away from the investigation particularly since he believes Jake's murder and that of the other victims may be linked to snuff movies. He says, 'Éspecially in this town, snuff of one kind or another . . . a lot of people will pay for.' Nonetheless, Jon decides to stay on in Amsterdam and at least to visit the Joods Historisch Museum where Jake had told him he had spent time researching his family; moreover Jon is curious on his own behalf about Jewish identity and history. While there, Jon gets to know the American girl Suze who is researching the life of Charlotte Salomon, a talented young artist who died in Auschwitz. But Suze has another side to her, or rather two: she is a member of a group called The Revised Council of Blood, a secret organisation which devotes itself to exposing how photo-journalism of scenes of carnage and war crimes by aesthetizing such scenes  anaesthetizes them. And she herself has a taste for sado-masochitic sex. Suze and Jon together try to establish why Jake had returned to Amsterdam, what secret from his own past or another even more dreadful past had called the old man to his death. And so they are drawn into Amsterdam's corrupt underworld where sexual tolerance gives way to sexual violence and death.

My first reaction to this book was one of revulsion, and there is a great deal to be revolted about. So much violence, so much perversion, so much cruelty, all so (apparently) lovingly described. Yet I wonder if the underlying message of this book, as with many others of this type, is perhaps deeply judgemental: the truth, however horrible, should not be hidden and the crimes of the past, however dreadful, should be confronted. Recommended – with an X Certificate!
------
Reviewer: Radmila May
Other titles by this author: The Black Monastery, A Dark Redemption, Eleven Days. 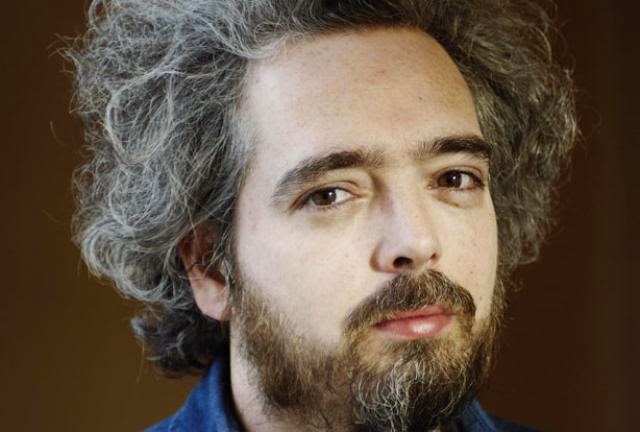 Stav Sherez is the author of two previous novels. The Devil's Playground (2004), his debut, was described by James Sallis as 'altogether extraordinary, it introduces a major new talent', and was shortlisted for the CWA John Creasy Dagger Award. His second novel The Black Monastery (2009) was described as 'dynamite fiction' in the Independent and 'spectacular' by Laura Wilson in the Guardian. You can find him on twitter @stavsherez.