‘Let it Burn’ by Steve Hamilton 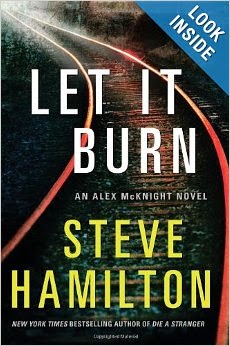 Alex McKnight is a retired cop, living in Paradise (Michigan) and renting out cabins along with the occasional job as a private eye.  It’s cold, it’s isolated and it suits him, or so he thinks until he gets the call…. one of his collars, a killer, has been released from prison and may be coming to get him.

Thus starts trip back into the past for Alex, and others involved in the case, leading to some awkward questions, some doubt about the conviction and somewhere in the background a potential killer gone free.  Nothing from the case now seems as clear cut as it was and to find out what really happened Alex finds he has to go back to Detroit, back to his past life, to investigate.

This book has plenty of the harsh reality and a feel of how cities change when companies move and people relocate and move out to the suburbs.  Whilst I have never been to the city of Detroit, the picture drawn in the narrative gives the reader a good feel of how cities deteriorate as the population and the work moves out.  The locations are painted with a graphic seediness and a sense of danger which enhances the expanding story of a bad conviction which comes round to haunt the investigating team.  This is paired with the very human side story of Alex’s withdrawal from his job after his partner is killed and his new status as a PI in his old city stamping ground. 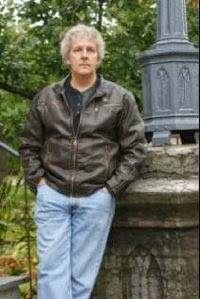 Steve Hamilton is the New York Times bestselling author of both the Alex McKnight series and the standalone novel, The Lock Artist. He's one of only two authors in history (along with Ross Thomas) to win the Edgar Award for Best First Novel and then to follow that up later in his career with an Edgar for Best Novel. Beyond that, he's either won or been nominated for every other major crime fiction award in America and the UK, and his books are now translated into fifteen languages. He attended the University of Michigan, where he won the prestigious Hopwood Award for writing. He currently lives in upstate New York with his wife and their two children.