‘The Dying Hours’ by Mark Billingham 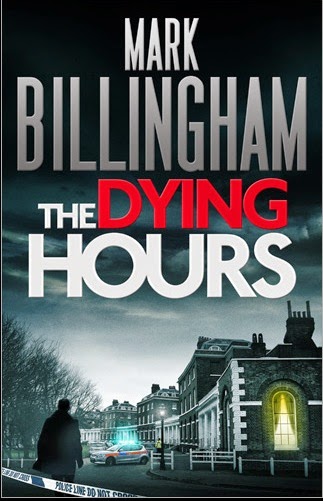 It’s been a couple of years since a new Tom Thorne mystery made an appearance, though the man himself did make a very brief cameo guest appearance in Rush of Blood, Mark Billingham’s last standalone novel. I for one was delighted to see Thorne’s full-time return. One problem series authors must face with each new book is how to ring the changes. Billingham has always made it seem effortless, largely through his choice of victims and culprits, but also because his eye for character is so acute. Even minor players are sharp and individual, and most of the regulars reveal different sides to their personalities each time.

This time the policing background is different too. Thorne’s propensity for ignoring procedure regardless of the consequences has put him back on the streets in uniform, and hating every minute of it – so when an apparent double suicide starts to look like suspicious death and CID are disinclined to take his misgivings seriously, he can’t resist going it alone. But alone isn’t going work, so his former colleagues in MIT reluctantly join his investigation, and by hook or by crook – mainly crook; this is crime fiction after all – the old team is back together.

As a background to a carefully woven plot which involves Thorne digging himself and his MIT friends an ever deeper hole as the body count rises, Billingham gives him a new relationship, this time with Helen Weeks, the detective sergeant he rescued from a hostage situation in the previous book in the series. Given Thorne’s emotional dysfunctionality, it’s another car crash waiting to happen, but Helen clearly sees the same endearing quality in him as do all the fans who have made him one of the most popular series cops in British crime fiction.

Mark Billingham is known as one of the most assiduous researchers in the business, and despite Thorne’s maverick tendency everything plot- and police-related has the ring of reality about it. I couldn’t help wondering, though, if, now his own kids are grown, his memories of the way small children develop were a little skewed; Alfie, Helen’s engaging small son, seems a little young for his eighteen months. But Thorne is such a great surrogate dad that we can forgive his creator this small lapse.

It’s good to see that Tom Thorne is still very much part of Mark Billingham’s plans, and The Dying Hours is another spin on a character who clearly still has a surprise or two up his sleeve. As always, I was left eager to see what he will do next time. Roll on volume twelve in the series.
------
Reviewer: Lynne Patrick 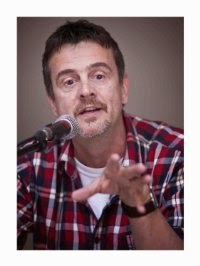 Mark Billingham is one of the UK's most acclaimed and popular crime writers. A former actor, television writer and stand-up comedian, his series of novels featuring D.I. Tom Thorne has twice won him the Crime Novel Of The Year Award as well as the Sherlock Award for Best British Detective and been nominated for seven CWA Daggers. His standalone thriller IN THE DARK was chosen as one of the twelve best books of the year by the Times and his debut novel, SLEEPYHEAD was chosen by the Sunday Times as one of the 100 books that had shaped the decade. Each of his novels has been a Sunday Times Top Ten bestseller.  A television series based on the Thorne novels was screened in Autumn 2010, starring David Morrissey as Tom Thorne and series based on the standalone thrillers In the Dark and Rush of Blood are currently in development with the BBC. 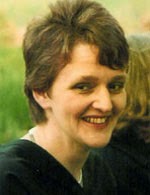