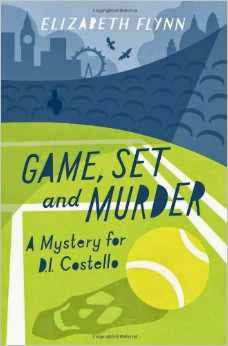 On the first day of Wimbledon, newly promoted Detective Inspector Angela Costello’s is called to the discovery of a body on the lawn, and not just any lawn.  A long time tennis fan Angela instantly recognises the body of that of tennis Croatian champion Petar Belic, more recently a tennis coach.

As Angela interviews the people surrounding Petar she quickly becomes aware that there are many suspects.  Petar had been seeing a publicist Lavinia Bannister, a fiery and tempestuous woman. But further investigation reveals that Petar had recently been seeing his estranged wife and several sources say that he was hoping for reconciliation.  There was also speculation of financials problems with his business partner Danny Moore.  And Stewart Bickerstaff whom Petar had been coaching – was all well in that relationship?

Feeling very aware of how under scrutiny she is from not only her bosses but also her immediate colleagues - she after all only recently promoted and needs to find her way through that minefield of colleagues she was once on a par with, but is now is in charge of, Angela picks her way warily, particularly with colleagues who decide to test her.  Not an  easy path, but she does have husband Patrick to keep her level headed.

This was for me a wonderful find. It had all the hallmarks of a village murder, but as we all know London is just made up of a collection of villages.

As Angela picks her way carefully through the lies, subterfuge and miss-information she eventually reaches the truth.  This first novel is highly recommended and I eagerly await the next.
------
Reviewer: Lizzie Hayes 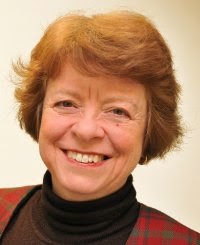 Photograph by John Goodman
Posted by Lizzie at 10:50