Both these novels are centred around a crime, and with the devastating effect that such crimes have on those involved. They are stand-alones but are cleverly interwoven so that some of the characters from the first novel A Kind of Vanishing  appear in the second. In each novel there is also an important national or international event, in A Kind of Vanishing to the assassination of Robert Kennedy, in The Detective’s Daughter to the wedding of Prince Charles and Lady Diana, thus providing a sense of the interconnectedness of human existence. 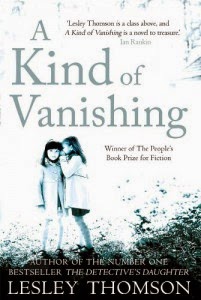 One summer in 1968, as they have done every summer, the Ramsay family, successful doctor Mark, his socialising but erratic wife Isabel, and their children, Gina, Lucian, and the youngest, the awkward, difficult Eleanor, leave London for their house on the Sussex coast. Eleanor is encouraged to play with Alice Howland, only child of the local postman, but neither really likes the other. One day, when Alice is unwillingly playing hide-and-seek with Eleanor near a derelict house by the seaside - a place where they have been forbidden to play - she disappears and is never seen again. The Ramsay family survive this traumatic event although their dysfunctionality is increased yet further and Eleanor is emotionally scarred for life. For the Howlands the tragedy is unbearable; Alice’s mother Kathleen searches continuously for her daughter while her father Steven sinks into deep depression. But even after Steven’s death Kathleen does not give up the search; she cannot rest until she knows the truth.

Thirty-one years later, in 1999, a woman called Alice, a single mother with a daughter, Chris, is living in south-east London. Alice is severely agoraphobic and very dependent on her daughter. Chris knows nothing about her mother’s past so when Alice is extremely upset by a newspaper report that a Professor Mark Ramsay has driven his car into the swimming pool of his Sussex home and had died, Chris cannot understand her mother’s reaction until she works out that her mother must be the missing daughter of Steven and Kathleen Howland referred to in the newspaper report. Her determination to find Kathleen Howland leads her to the Sussex village but the truth, when finally established, is far stranger and more terrible.

This novel was first published in 2007 when it won The People’s Prize for fiction. 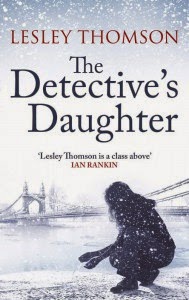 In July 1988, the day before a certain royal wedding, Kate Rokesmith takes her little son Jonathan for a walk along the foreshore of the Thames at Hammersmith. She is brutally murdered. The chief suspect is her husband but he has an alibi and is never charged. He goes abroad and Jonathan is confined to a loveless boarding school. The killer is never brought to justice. This failure has haunted the detective in charge of the case, Terry Darnell, for the rest of his career and even after his retirement had poisoned his relationship with his daughter Stella. By 2011 they are virtually estranged. When she hears of his death from a heart attack in the Sussex seaside town of Seaford she is unconcerned although she is mildly curious about what he is doing in Seaford. But as the owner of a successful cleaning business, which she runs with the same obsessiveness that her father brought to crime solving, Stella intends to clear up her father’s house and effects as soon as possible. But something odd is going on; Stella senses that she is being watched, even in Terry’s house. However, when she discovers that her father had kept copies of all the records of the Rokesmith investigation, she reads through them and she finds that one of her clients, Isabel Ramsay, now old and confused, had been a neighbour of the Rokesmiths and had been the last person to see Kate alive. But now Mrs Ramsay dies and the police are inquiring into her death. Stella has identified her probable stalker, her ex-boyfriend Paul whom she has unceremoniously but characteristically dumped. But is he the only stalker? Who is the mysterious drifter Jack Harmon who appears and inserts himself into Stella‘s life and work, persuading her to continue the search for Kate’s killer in a bitterly cold, snowbound London and Sussex? Can he be trusted?

Both these novels can be warmly recommended.
------
Reviewer: Radmila May 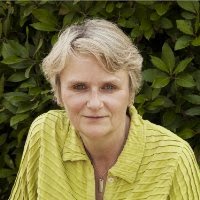