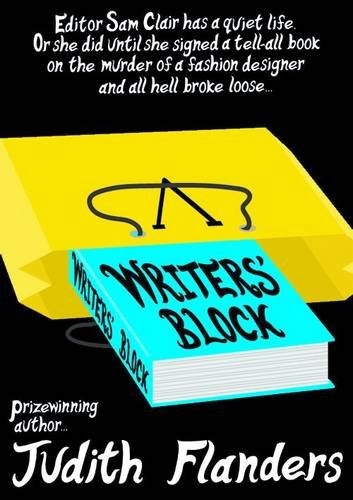 This book was a delight from start to finish.  And it didn’t take me long to finish, as I just sat and read it ignoring all other demands.

Sam Clair is a middle-aged, middlingly successful editor. And starting at 8.30 on a Monday morning Sam takes us on roller-coaster ride through the world of publishing.  Whilst the story centres around the disappearance of the author of a tell-all book on the murder of a fashion designer, whom Sam has just signed, causing all hell to break loose, the joy of the book is the witty style and the take on the life of an editor. I loved the dilemma of the latest book received from one of their star authors, which they all hated. Breda had delivered a chick-lit novel! And the interesting outcome -  most amusing.

Aided by her assistant Miranda, Sam attempts to fend off her mother, Inspector Field, and the press.

With some fascinating characters this is a marvellous caper novel.  Most highly recommended.
------
Reviewer: Lizzie Hayes
This is Judith’s debut book. 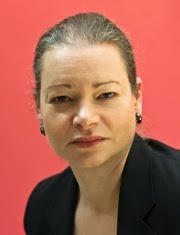 Judith Flanders  was born in London, England, in 1959. She moved to Montreal, Canada, when she was two, and spent her childhood there, apart from a year in Israel in 1972, where she signally failed to master Hebrew. After university, Judith returned to London and worked in publishing for various publishing houses for nearly twenty years. She has written several books about the Victorians, including A Circle of Sisters which was nominated for the Guardian First Book Award and The Victorian House which was shortlisted for the British Book Awards History Book of the Year. She also writes about the arts, and is a regular contributor to publications including the Spectator, Wall Street Journal, Sunday Telegraph, TLS and theartsdeask.com.