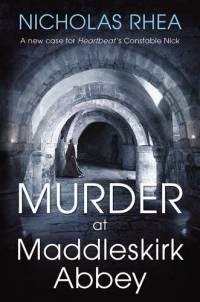 Having been despatched from the police force by virtue of their advanced age, all the old crowd from ‘Heartbeat’ have reassembled at Maddleskirk Abbey where a private police force guards the monks, together with their extensive complex of properties including a private school, two hospitals, a cinema, theatre, sports centre, fire station, two libraries and a swimming pool, not to mention the Abbey itself.

Constable Nicholas Rhea from Aidensfield (Nick Rowan in the TV series ‘Heartbeat’), with the help of Ex-Sergeant Oscar Blaketon and ex-PC Alf Ventress, has helped set up a private police force headed by Prior Tuck so, with the territory being to all intents a small town, and one populated by monks, the officers are known as ‘monkstables’.

When a body is found in the abbey’s crypt, Nick is called to investigate. Having himself inherited a piece of land adjacent to the abbey, he has a vested interest in what is going on. As the investigation progresses, another problem arises when a boy in the college goes missing and when the true identity of the boy is revealed, the case takes a more serious turn.
Told in the first person by Nick, this is like one of those old-fashioned mysteries from the 1950’s and, while nowhere near as pacy as modern crime stories, it has an ambient charm and one gets sucked into the story although the idea of all these characters coming together in this setting is rather contrived. Even Claude Greengrass turns up. However, all the loose ends are neatly tied up and explained at the end and I can see this developing into another series.
------
Reviewer: Ron Ellis 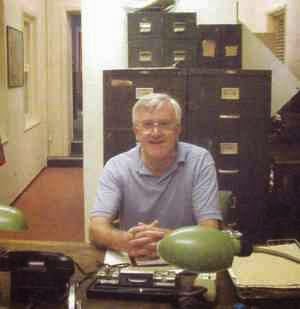 Nicolas Rhea is only one of the six pseudonyms under which Peter Walker has written around 130 books in the last 40 years. He was born the son of an insurance agent and a teacher in 1936 in the North York Moors village of Glaisdale. The oldest of three children, he won a scholarship to Whitby Grammar School but left at 16 to become a police cadet. In 1956, he joined the North Yorkshire force as a beat bobby in Whitby. He also began to write seriously after years of casual interest, having his first short story published in the Police Review.
Three years later he moved to the region's Police Headquarters at Northallerton before being posted to Oswaldkirk, about 20 miles north of York, as the village bobby in 1964. He then became an instructor at the police training school in 1967, the same year as his first novel, Carnaby and the Hijackers, was published. He was promoted to sergeant in 1968 and inspector in 1976, when he was also appointed Press and Public Relations Officer. He retired in 1982 after 30 years' service to concentrate on his writing, encouraged by an interest in his Constable books from Yorkshire Television. Nicholas Rhea still writes full-time. He lives with his wife in a quiet North Yorkshire village.
http://www.nicholasrhea.co.uk 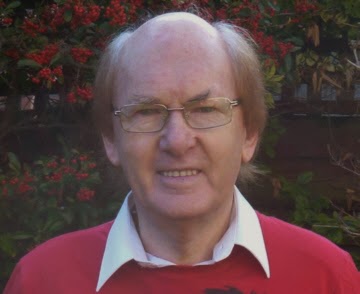 Ron Ellis. Writer, Broadcaster and Photographer, Ron is the author of the popular series of crime novels set on Merseyside featuring Liverpool radio D.J./Private Eye, Johnny Ace. He also writes the D.C.I. Glass mystery series. As well as his fiction titles, Ron has written 'Southport Faces' a social history of the town seen through the eyes of 48 of its best-known residents. His 'Journal of a Coffin Dodger', the hilarious adventures of an 84 year old playboy, has been serialised on BBC Radio and poems from his collection of poetry, 'Last of the Lake Poets', have won several nationwide competitions. During the 1980's, he conducted over 192 interviews with friends and relatives of John Lennon for Albert Goldman's biography, 'The Lives of John Lennon'. Ron writes the football reports for the Southport Champion and is also their theatre and arts reviewer as well as being a regular contributor to magazines such as Lancashire Life. He runs his own publishing company, Nirvana Books.