‘Run For Home’ by Dan Latus 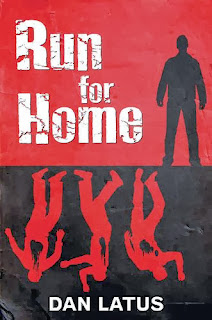 British counter-intelligence officer Harry Gibson is running late. Arriving at the safe-house meeting place in Prague he finds his three colleagues shot dead.  Keen not to be the fourth, he makes a swift exit.  But where can he go? Who can he trust?  Who ordered the execution? The Russians? His own side?


So Harry heads back to the UK, but it soon becomes apparent that his every move is being monitored.  The places he though safe are compromised.  The only thing he can think of
doing is to head back to Prague, where it started, and see if he can establish who is trying to eliminate him and why.

Harry has secrets he thought were safe, but are they? It seems always the killers are there before him.  But there is one secret he must protect at all costs. Can he stay alive long enough?

Action-packed from the first page, this book will keep you on the edge of your seat as Harry struggles to stay alive and make sense of the situation.

The description of winter in Prague was spellbinding. I was reading this on a warm sunny day and I felt cold!  An exciting thriller. Put it on your Christmas list. You won’t be disappointed.
------
Reviewer: Lizzie Hayes

Dan Latus  grew up in Teesside which has been his inspiration for this particular novel. Run for Home  is his fourth novel published by Robert Hale, who have also published  Out of the Night, Never Look Back and Risky Mission.  He lives in Northumberland with his wife.