‘A Dangerous Deceit’ by Marjory Eccles 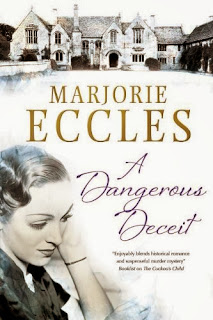 When the remains of an unidentified middle-aged man are found beneath the snow in the grounds of Maxtead Court, home of the wealthy Scroope family, it causes but a ripple in the small market town of Folbury.

Meanwhile Margaret Rees-Talbot is looking forward to her marriage to the Rev Symon Scroope.  Not that it’s all plain sailing, for Margaret is still grieving for her father Osbert, found drowned in his bath a few months previously. Although herself from a good family she is apprehensive marrying into the wealthy Scroope family.

Whilst the death of Osbert Rees-Talbot is put down as accidental, owing to him having lost an arm whilst serving as a soldier in the South African war, questions still remain. Prior to his death Osbert had been writing an account of his experiences as a soldier during the Second Boer War.  Then he seemed to stall! What really happened in South Africa back in 1902?

Then a second death occurs and the investigating officer DI Herbert Reardon wonders if there could be a connection to the earlier death.

The book is set in 1927,  a period Marjorie Eccles portrays so well. The deferential police Inspector, keen not to upset the gentry; the small market town of Folbury, full of secrets; and the casualties of the Great War still with unhealed wounds, unable to fit back intro the life of rural England.

The book is rich in characters into whose lives the reader is drawn slowly and insidiously as their secrets are exposed.  Beautifully written this book is highly recommended.
------
Reviewer: Lizzie Hayes 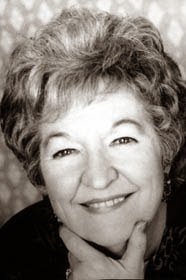