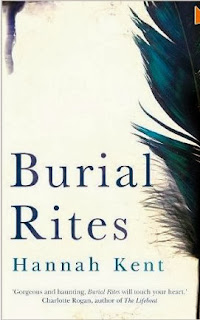 In Iceland in 1829, Agnes Magnusdottir, Fridrik Sigurdsson and Sigridur Godmundsdottir were sentenced to death for the murder of Natan Ketilsson and Petur Jonsson and for setting fire to the Northern Iceland farm where the murder was committed in order to hide the evidence. Natan was a farmer and also a healer, Petur was a neighbour. Agnes and Sigridur were servants bonded to Natan; Fridrik was the son of a neighbouring farmer and engaged to Sigridur. In early 1831 Agnes and Fridrik were publicly beheaded by Natan's brother. Sigridur's sentence was commuted to life imprisonment in Denmark where she died a few years later. (Iceland was then under the rule of Denmark.) These were the last executions actually in Iceland. There are copious contemporary records excerpts from which are included in the text.

In this novel, the author, an Australian who has lived in Iceland, puts flesh on the bones of those records and brought the characters to life. She concentrates particularly on the story of Agnes who was apparently goodlooking, clever and articulate. Agnes is sent to a farm to work as a servant and farmhand until he execution. A young priest, Thorvardur Jonsson, is detailed to preach to her so as to bring her to repentance; instead he listens while she recounts her life story, a story of such sadness and destitution that not only Thorvadur but also the farmer's wife Margriet, herself desperately ill with consumption, and her two daughters, all three initially deeply hostile to Agnes's presence in the family home, are brought to pity and even love her. Agnes recounts how she was abandoned by her mother at the age of five, fostered happily for three years, but then, when her foster mother dies, set adrift at the age of eight to scrape a living as best she may, drifting from farm to farm in a desperate search for work and the wherewithal to stay alive. Eventually she fetches up at the farm of the charming yet callous and promiscuous Natan Ketilsson. He seduces her, holding out the promise of being if not his wife at least mistress of the household, but at the same time sleeping with the much younger Sigridur. She, however, is engaged to Fridrik who decides that he will kill Natan and take the gold that Natan is rumoured to have hidden around the farmstead. From there events move inexorably to their tragic end.

The harsh Icelandic landscape and the dreadful poverty and hardship, exacerbated by the sub-Arctic climate, are as much a feature of this story as the powerfully drawn characters. It is a grim and brutal tale, beautifully written and highly recommended.
------
Reviewer: Radmila May 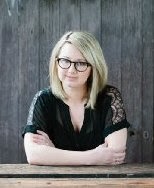 Hannah Kent was born in Adelaide in 1985. As a teenager she travelled to Iceland on a Rotary Exchange, where she first heard the story of Agnes Magnúsdóttir. Hannah is the co-founder and deputy editor of Australian literary journal Kill Your Darlings, and is completing her PhD at Flinders University. In 2011 she won the inaugural Writing Australia Unpublished Manuscript Award. Burial Rites is her first novel.
Posted by Lizzie at 13:10