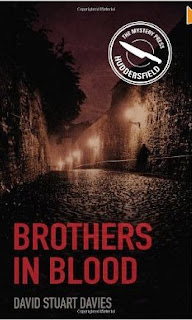 Laurence and Russell, confident of their superior intellect and filled with ennui, bond over their contempt for their fellow sixth form students, teachers, parents and almost everyone they come into contact with.

To relieve their boredom, they kidnap and kill the pet dog of their most detested teacher. Exhilarated by the rush of the violence, the power and the secrecy, they seek out increasingly risky situations, joining up with Alex along the way to become a dangerous, adrenaline-fuelled trio.

As adults, they continue to meet annually to indulge their murderous ambitions, killing strangers who they see as a blight on society and who have no connection to the trio in order to minimise the risk of getting caught. But when Alex is gang raped in an unrelated incident, they decide to break their self-imposed rule and take revenge on his three abusers. Overly confident, they are horrified when one of the men survives the attack, and the police start to take an interest, marking the beginning of the end of their Brotherhood in ways you cannot imagine.

As far removed from a regular whodunnit as chalk from cheese, this is a fascinating narrative of friendship and fear, intimacy and disdain. The author effortlessly draws you into a self-important and unfeeling world that, later, you tell yourself can't really exist, but which was described so convincingly that you can't be sure... With just the right amount of detail to be realistic and plot twists that you never saw coming, this reader got through most of the story in one sitting and cursed the activities that interrupted such happy escapism, watching the clock until reading could recommence.

Clever, thoughtful and disturbing rather than gratuitously violent or mysterious, the author never leaves the reader confused as the elegant denouement plays out, making the book both incredibly accessible and daringly sophisticated.
------
Reviewer: Joanna Leigh

David Stuart Davies left teaching to become editor of Sherlock Magazine and is generally regarded as an expert on Sherlock Holmes, having written six novels, film books and plays featuring the character. He has given presentations on Holmes at many festivals and conferences as well as on the Queen Mary II. He appeared as toastmaster at the Sherlock Holmes Dinner at Bloody Scotland in 2012 – Scotland’s first international crime writing festival. He also created his own detective, wartime private eye Johnny Hawke, who has appeared in six novels. David is a member of the national committee of the Crime Writer’s Association, editing their monthly magazine, Red Herrings. He lives in Huddersfield, West Yorkshire. 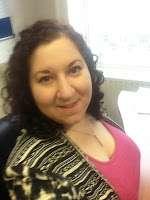