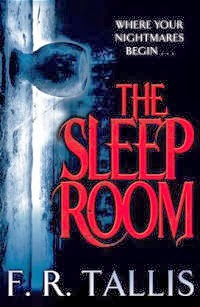 Where does psychological thriller end and creepy horror begin?

That’s a question F R Tallis must have asked himself. The difference would appear to be that in the former, the mysteries are explained, while in the latter the reader is left thoroughly spooked and free to draw his or her own conclusions about the supernatural.

A clinical psychologist by profession, as Frank Tallis he is the author of half a dozen murder mysteries set in Sigmund Freud’s Vienna and a couple of other historical mysteries; in this other guise he veers towards the gothic.

The background of The Sleep Room is unashamedly based on the work of an eminent psychiatrist of the time, who advocated finding treatments for the symptoms of mental illness rather than the Freudian approach of seeking out the causes. One of his treatments was narcosis, or extended sleep. Tallis picks up this idea and runs with it: a stark basement room in which six severely disturbed women sleep for twenty-one hours a day over a period of months, with fearful consequences.

The setting is a bleak house set up as a hospital in the eerie countryside of 1950s Suffolk, where the marshes meet the sea. The well-drawn narrator is an impressionable young doctor engaged to run the hospital by its distinguished founder. The rich ambience is very much the stuff of classic horror stories; the doctor’s arrival is marked by a thick mist, and strange things begin to happen almost as soon as he takes up his post.

Tallis’s recreation of the slightly formal language of 1950s fiction is only one aspect of his skilful construction of the claustrophobic atmosphere beloved of M R James and H P Lovecraft. His own clinical background is very much in evidence, but so too is a fertile imagination. He invokes classic elements of horror: whisperings in the night, invisible hands tugging at clothes, a flame which appears out of nowhere, objects which move on their own, vivid dreams; but set alongside the strange manifestations of the patients’ disturbed minds, they lose none of their power to jangle the reader’s nerves.

Unless you count the barbarous crimes against vulnerable humanity committed by well-meaning doctors half a century ago, The Sleep Room can’t really be described as a crime novel, or even a psychological thriller; it’s creepy horror from beginning to end – especially the enigmatic and distinctly spooky ending. But it shows without question that this accomplished mystery writer has more than one string to his bow.
------
Reviewer: Lynne Patrick 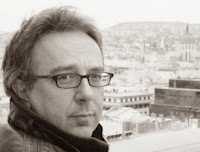 F R Tallis is a writer and clinical psychologist. He has held lecturing posts at the Institute of Psychiatry and King's College, London. I addition to his fiction novels he has written self help manuals (How to Stop Worrying, Understanding Obsessions and Compulsions) non-fiction for the general reader (Changing Minds, Hidden Minds, Love Sick), academic text books and over thirty academic papers in international journals.
http://www.franktallis.com/ 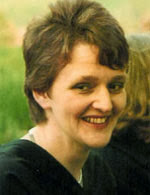