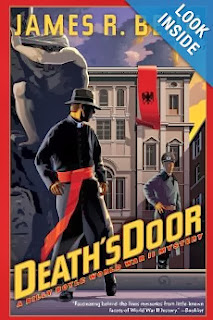 There are a couple of mysteries which this novel seems to solve. Primarily, of course, Billy Boyle, a Boston detective on the staff of “Uncle” Ike (Dwight D. Eisenhower, that is) during World War II, is sent to occupied Rome to find the murderer of an American Monsignor at the Vatican.  However, his arrival at the Holy See sets the stage for the author to provide substantial background on the role of various clergy and the Pope on the question of Nazi brutality and the holocaust.  Pope Pius XII was much criticized for his silence on the matter during and after the conflict, but the author shows that the reason was to maintain “strict neutrality,” giving the German occupiers no reason to invade the Vatican and take the Pope to Germany “for protection.”  The novel provides numerous examples of refugees and escaped POWs being shielded in the Vatican and safe houses throughout Rome.

A subplot involves Billy’s attempt to save his girlfriend, Diana, from a German prison, despite orders to solve the murder and not get involved in any way in her rescue.  More detail in the book is, however, spent on retrieving Diana from her cell than in identifying the killer.

Death’s Door  is a welcome addition to the fine Billy Boyle World War II Mystery series, and can be read two ways:  as a crime novel, or as a detailed historical picture of a controversial sidelight of the war period.  The author does an excellent job of describing the effect of the war and German occupation on Italians, Rome, the Vatican and the clergy, and provides a touching portrait of the various characters.    With Rome about to be retaken by the Allies as they break through the Anzio bottleneck, we can, and do, look forward to the next chapter.  Recommended.
------
Reviewer:  Ted Feit 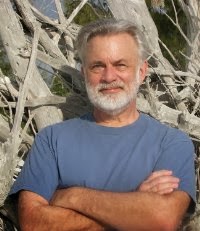 James R Benn is the author of the Billy Boyle World War II mystery series In addition to the Billy Boyle series, two stand-alone books have been published by E-Reads. On Desperate Ground is a WWII thriller in the grand tradition of Jack Higgins, and Souvenir is an exploration of memory, identity, sorrow and loss during the lifetime of a veteran of the Second World War.
A graduate of the University of Connecticut Benn received his MLS degree from Southern Connecticut State University. He worked in the library and information technology fields for over thirty-five years before retiring to work full-time. Benn lives in Hadlyme, Connecticut, with his wife Deborah Mandel, a psychotherapist who offers many insights into the motivations of his characters, a good critical read, and much else. 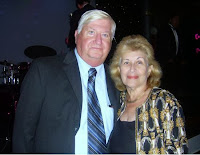