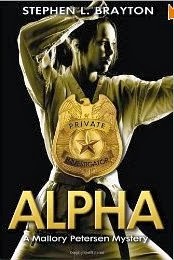 This is a great escapist book, told in a very unusual style.  The main protagonist is narrating the story to her new boyfriend of her old boyfriend's murder.   This means that during some very gripping or stressful elements she is able to slip out of the narrative and bring in some lightness to elevate the plot.

The main character is Mallory Peterson, a successful taekwondo instructor and slightly less successful private investigator.  When her boyfriend is gunned down outside her offices she takes on the role of chasing up the perpetrators whilst finding out that her beau was more (or is it less) than the honest car salesman she thought he was.

The more she finds out about him the more she gets drawn into a network dealing with drugs and violence and a hostile police force, whilst also getting beaten up and occasionally beating up the bad guys.  This all comes out as a cathartic story which she tells her new man as she relives the trauma of discovering who killed her last boyfriend and why.  This creates an interesting divide between the violence that she is reporting and the storyline itself.

Very entertaining, if one can say that about a killing, but also some nice touches of side plots (why do cards keep turning up with YES or NO on them?).  A dark storyline told lightly and with a good pace and page turning style, somewhat reminiscent of the serialisation of old TV shows, as the tale of the past adventure is broken by Mallory's current situation whilst recalling it.  Totally fun and definitely a good read, I will be looking for other outings of Ms Peterson.
------
Reviewer: Amanda Brown 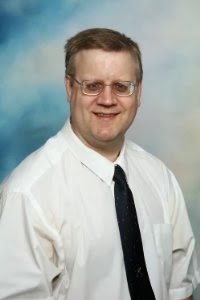 Stephen L Brayton  owns and operates Brayton's Black Belt Academy in Oskaloosa, Iowa. He is a Fifth Degree Black Belt and certified instructor in The American Taekwondo Association. He began writing as a child; his first short story concerned a true incident about his reactions to discipline. During high school, he wrote for the school newspaper and was a photographer for the yearbook. For a Mass Media class, he wrote and edited a video project. In college, he began a personal journal for a writing class; said journal is ongoing. He was also a reporter for the college newspaper. During his early twenties, while working for a Kewanee, Illinois radio station, he wrote a fantasy based story and a trilogy for a comic book. He has been involved broadcasting, trucking, hospitality, newspaper graphic design, and a pre-press camera operator at a publishing company. He has written numerous short stories both horror and mystery.