‘The Demonologist’ by Andrew Pyper 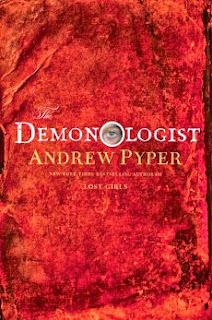 His marriage in tatters, his best friend dying of cancer, Professor David Ullman escapes to Venice with his beloved daughter Tess to video and investigate a demonic phenomenon. Despite his scholarly expertise and near obsession with Paradise Lost by John Milton, Ullman remains a sceptic until his daughter, seemingly possessed, drowns during their trip.

Her body never found, Ullman returns to New York alone and devastated. Hiding from the world, refusing to believe that Tess is dead, he begins to experience phenomena he has never believed in: lights turn on and off, voices speak to him and he sees his daughter in the mirror.

Reluctantly starting to believe, Ullman sets out on a quest to save his daughter, trying to shake off a mysterious Pursuer who is determined to retrieve the video he took in Venice, whatever the cost.

Evoking Milton, Cicero, Orpheus and Eurydice, Ullman comes face to face with the demon who is tormenting him and, together with the woman he loves, follows the trail set for him, unsure whether he is outwitting his tormentor or playing right into his hands, but with no alternative if he wants to get his daughter back.

This is a disturbing tale and one which this reader thinks will divide opinion; unbelievers may find it over the top and far-fetched while fans of Milton and the unexplained will love its subtly gruesome and religious undertones. Without doubt, it is not one for the faint-hearted.
------
Reviewer: Joanna Leigh

Andrew Pyper  is a Canadian writer of fiction. Born in 1968, he received a BA and an MA in English Literature from McGill University, as well as a law degree from the University of Toronto. Although called to the bar in 1996, he has never practiced. He is the author of five acclaimed novels including Lost Girls, which was an international best seller and a 'New York Times' Notable Book and The Killling Circle (A 'New York Times' Crime Novel of the Year). A number of his books are in active development to become feature films, including The Demonologist, which is being produced by Robert Zemeckis's company ImageMovers and Universal Pictures. He lives in Toronto
http://www.andrewpyper.com/ 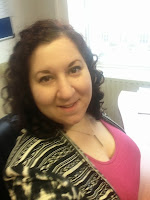