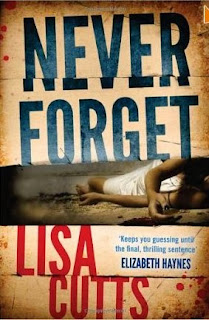 DC Nina Foster is an unusual police officer. Victim of a violent kidnapping as a child, she is rescued by a police officer, which determines her career path and she grows up to join the police.  Soon she finds herself on a murder investigation which develops into a hunt for a serial killer, who stalks his or her victims and the bodies start mounting up.  Meanwhile Nina is trying to hide her past, but elements of the investigation start to make it more difficult.

The victims appear at first to have nothing to do with each other, but as the investigation unwinds tenuous connections start to emerge including some which link to the police offices themselves.  Nina also finds herself linked in with at least one of the suspects who appears to have a very unhealthy interest in her and her past.

Nina is flawed, but this makes her interesting as a result.  She feels like a real person, with her bad relationships, her liking for a glass, or two, or more of wine and her interesting approach to the men in her life and in her job.  Police procedure is not very riveting when written about truthfully, but whilst this has a lot of elements which highlight some of the more mundane parts of police activities it is written intelligently with some knowledge and sympathy for the realities of being in the forces, along with the challenges. It also gives the reader some moments of levity and the type of humour which is prevalent in difficult jobs like this.

This is a really interesting debut novel and I look forward to reading more from Lisa Cutts.
-------
Reviewer: Amanda Brown 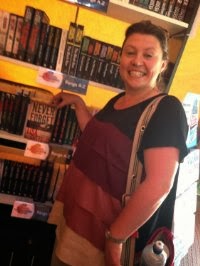 Lisa Cutts was born in Woolwich, and lived in south east London for a number of years until moving towards the Kent countryside. She joined Kent Police in 1996 and began writing crime fiction in 2011. She entered Myriad's Writer's Retreat competition in 2012 and much to her surprise, won the competition and was offered a two book publishing contract. Her debut novel, Never Forget, was published on 11th July 2013 by Myriad Editions. Her second Nina Foster book, Remember, Remember  is also being published by Myriad Editions. She currently works as a full-time Detective Constable. Lisa is married with three step-children and five step-grandchildren.

You can visit her blog lisacuttsblog.blogspot.com