‘Invitation to Die’ by Helen Smith 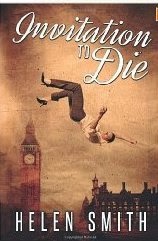 The Romance Writers of Great Britain (RWBG) are holding a conference in a Bloomsbury Hotel, or as the Head of their Committee, Morgana Blakely, prefers to call it, 'a gathering.' The reader is introduced to various of the people who will attend the event, including Winnie Kraster from the US, who writes a blog under the name Tallulah's Treasures. Winnie reviews books on her blog and is one of three bloggers who have 'won' a short story competition. The prize is to attend the RWBG event, meet Morgana's agent and have tea with the successful Romance writer Polly Pelham. It soon becomes clear that the bloggers won because of the success of their blogs rather than their short story writing skill and nobody on the Committee seems quite sure how the winners were selected. It is unfortunate that Winnie has just offended one of the Committee members, Cerys Pugh, by an adverse review of her last book.

Desperate for help to run the 'gathering', Morgana employs Emily Castles, young, single and unemployed, to act as her PA. When she accepted the job, Emily did not realise that, as well as filling gift bags, arranging seating and soothing offended divas, her tasks would also include detecting a murderer, but when Winnie Kraster's corpse is discovered, close to the hotel, that is exactly what Emily decides to do.

Invitation to Die is an over-the-top, tongue in cheek, parody of Romance writers, writing conferences and bloggers. The shallow hysterical way some people 'mourn' for celebrities that they have never met is dealt with more sharply and is shown in strong contrast to the simple, sincere grief of Winnie's husband. For me, the crowning comic moment is when the kitchen is sealed off as a crime scene and the grand, painstakingly selected Gala Dinner has to be substituted by a brown bag lunch.

Helen Smith   is a member of the Writers' Guild of Great Britain, the Crime Writers Association and English PEN. She travelled the world when her daughter was small, doing all sorts of strange jobs to support them both - from cleaning motels to working as a magician's assistant - before returning to live in London where she wrote her first novel. Her work has been reviewed in The Times, the Guardian, The Independent, Time Out and the Times Literary Supplement. Her books have reached number one in the bestseller lists in the Kindle store on both sides of the Atlantic. Invitation to Die, the first full-length novel in her Emily Castles mystery series, is published by Thomas & Mercer. 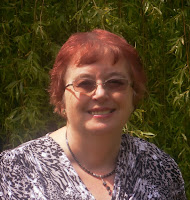