‘The Man From Primrose Lane’ by James Renner 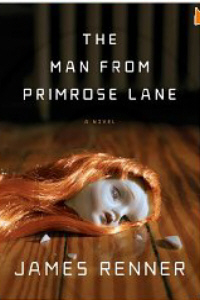 David Neff is a successful writer until his wife’s tragic suicide. Now he’s over-weight and suffering from post traumatic stress syndrome and occasional psychotic episodes. He’s also worryingly short of money as he finds it hard to write in the face of all his difficulties.

His publisher and friend Paul Sheppard wants him to write a book about an old man who has been brutally murdered – a recluse locally known as the Man from Primrose Lane. The killing interests David as the dead man was found to have a fortune of four million dollars and there are a number of hungry would-be beneficiaries. Thus despite his initial reservations he finds himself drawn into the search for the truth surrounding the mysterious old man’s life and his brutal death.
David is an unusual and unlikely hero, and his self-imposed quest is filled with surprises, twists, tangled minds, intriguing time slips and a host of interesting characters.
This intricately plotted story takes us on a roller coaster ride as David starts to unravel the events behind the sad end to an old man’s life.
This is a challenging read which pulls no punches – a masterful and complex story of human flaws, brutality and frailty. Highly recommended
------
Reviewer: Angela Dracup 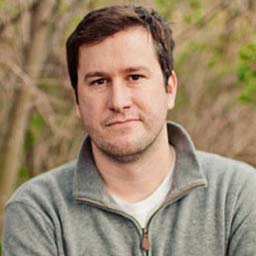 James Renner is an American investigative reporter and film producer. He is from Cleveland, Ohio. He is a former writer for the Cleveland Scene and editor of the alternative newspaper, The Independent.  He is a graduate of Kent State University. In October 2006, Gray & Co. released a book by Renner about his two-year-long investigation into the 1989 unsolved abduction/murder of 10 year-old Amy Mihalievic. The title of the book is Amy: My Search for Her Killer. In July 2009, Renner released a documentary titled,  Catching Salinger, online, in serialized form. The documentary is about reclusive author J D Salinger and the influences behind his famous novel, The Catcher in the Rye. Renner's first novel, The man from Promrfose Hill,  was published by Sarah Crichton Books, in March 2012 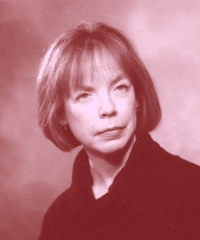 Angela Dracup Angela was born and educated in Bradford. She read psychology at Sheffield and Manchester universities. She had a life-time career as an educational psychologist, advising on the needs of children with learning and behavioural difficulties. In addition to her writing, Angela enjoys spending time with family and friends, listening to BBC Radio 3, reading fiction and going for long walks with her dog of the moment. She is married with one daughter and lives in Harrogate, North Yorkshire.

A prolific author, Angela has written 29 titles in a number of genres, having four best sellers with her books in the Scarlet series and having been short-listed for the prestigious Carnegie Medal with her young adult novel, The Placing. Her novels have been translated into six languages and have been available all over the world. Angela's has written five crime novels which have attracted positive reviews.